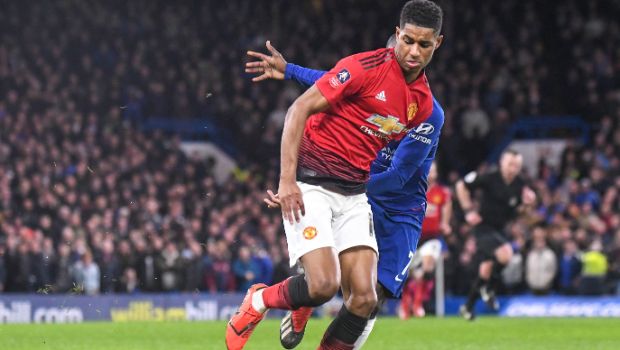 A late brace from Marcus Rashford helped Manchester United to seal its semifinal berth in the Carabao Cup with a comfortable 3-0 win over Charlton Athletic. With a win in the quarterfinals at Old Trafford, a much-changed Manchester United made it eight consecutive wins in all competitions. Antony scored one in the first half while in-form Rashford scored two late goals in the dying minutes. Manchester United manager Erik Ten Hag made eight changes in the playing squad and also handed 17-year-old midfielder Kobbie Mainoo his debut from the start.

The teenager put on a brilliant show in his first competitive game, showing excellent composure in midfield, and had some brighter moments in the final third. However, Mainoo did not deliver his full potential on the night.

Manchester United missed an early chance inside the first two minutes as Diogo Dalot smashed a shot over the bar from just inside the box. But Antony’s fine curling strike in the 21st minute gave United a deserved lead. The Brazilian winger’s fifth goal since his move from Ajax and for the first time the 22-year-old scored in consecutive games for United.

League 1 Charlton, who knocked out Brighton in the previous round, tried their best to find an equalizer but failed. Charlton had an opportunity to level the score but Scott Fraser shot his free-kick straight at United goalkeeper Tom Heaton.

Charlton continued to show admirable fight in their efforts and threatened to equalize in the second half. But it was the hosts who produced greater attacking threats. Charlton goalkeeper Maynard-Brewer produced some impressive saves to keep it at 1-0. But there was nothing he could do to stop Rashford who made the difference in the result.

Rashford found the net for a sixth successive game with goals in the 90th and 94th minutes of the game. Rashford’s two clinical finishes sealed the victory for Manchester United. England forward has now scored 15 goals this season and an impressive performance helped him to find the net for an eighth straight game at Old Trafford.

In another quarterfinal, Newcastle United defeated Leicester City 2-0 to claim a spot in the semifinals. Second-half goals from defender Dan Burn and midfielder Joelinton helped their side to clinch an important victory.

The draw for the Carabao Cup semi-finals will take place after Nottm Forest’s last-eight clash with Wolves at City Ground and Southampton’s quarterfinal battle with Manchester City at St.Mary’s on Wednesday.