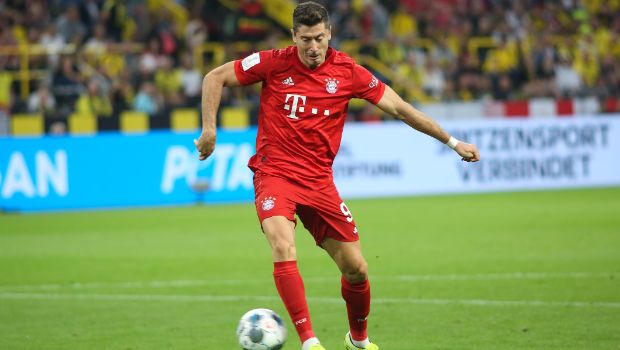 Barcelona bounced back from their Clasico loss in style and cruised to a 3-0 win over Villarreal at home. After losing to Real Madrid in the Clasico on Sunday, Barcelona rallied by scoring three goals in a seven-minute span in the first half of the game. Barca star striker Robert Lewandowski scored twice in the 31st and 35th minutes, while Ansu Fati added one in the 38th to give Barcelona a much-needed victory. The Catalan club remains second in the standings on 25 points, three behind defending champion Madrid and three clear of third-placed Real Sociedad.

Barca Manager Xavi Hernandez made five changes to the team that was outclassed in their 3-1 loss to Madrid. Barcelona’s defeat to Madrid was a major blow to the Camp Nou club which is on the verge of UEFA Champions League elimination after a 3-3 home draw against Inter Milan last week. Earlier, Xavi said his team had to quickly change its dynamics and the squad responded well.

Barca started well and dominated the game with aggressive play from the first minute. Teenager Fati shone for his team as he created three great early chances before Lewandowski opened the scoring in the 31st minute. The Poland striker controlled the ball brilliantly inside from a low cross by Jordi Alba and shook off two defenders with a subtle touch before turning to finish with a powerful shot from near the penalty spot.

Four minutes later, Lewandowski doubled the lead with another beautiful goal as he moved away from a defender and fired a precise curling right-footed shot from the edge of the box into the far corner. The Poland captain finished off a counter-attack well after Pedri stole the ball close to the center circle.

Three minutes later, the 19-year-old Fati scored the third by placing a close-range shot into the empty net from a low cross by Ferran Torres. The teenager scored his first goal since September. After the break, Barcelona comfortably held on to their lead and sealed the victory.

There was a moment of silence before the match because of the death of Villarreal vice president Jose Manuel Llaneza. Villarreal, who always provides a brutal test, failed to show its strength to get back on track. It was Barcelona’s eighth win in 10 league matches so far. Barcelona will next host Athletic Bilbao before welcoming Bayern Munich in the Champions League match.