The road ahead for Igor Stimac’s Indian national team 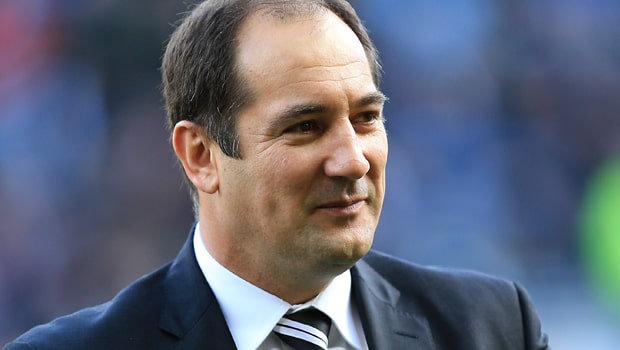 The All India Football Federation (AIFF) have finally filled in the vacant head coach’s role of the Indian national team. Igor Stimac, former footballer and head coach of the Croatian national team has been given Indian football’s top job ahead of popular candidate Albert Roca. The former Bengaluru FC head coach was the one many considered to take over the reigns from Stephen Constantine, who resigned from the role in January.

Stimac comes into this project on the back of a wealth of footballing experience. During his playing days, Stimac spent a large part of his career, representing clubs such as West Ham United and Derby County. As a manager, the 51-year-old has managed clubs across Iran and Qatar. However, his most significant achievement has been managing the Croatian national team. During his tenure, which spanned two years, Stimac took Croatia to No.4 in the FIFA Rankings. However, their poor performances at the 2014 World Cup qualification was not enough to keep him longer on the hotseat.

Looking at his philosophy and record, it remains to be seen what Stimac brings to the table. Like Constantine, Stimac prefers employing a defensive approach with an emphasis on counter-attacking football. The national team was found out at the Asian Cup by the more established teams for taking on this approach. Should they continue with the same football style, one is only left to wonder how the team will progress.

Nevertheless, his experience coaching in Europe will undoubtedly prove to be valuable when he takes over the helm. His first task will be to prepare India for the upcoming King’s Cup in June in Thailand. With opponents such as Vietnam, Thailand and Curacao, the tournament gives Stimac a good opportunity to test the strength of the squad and evaluate the weaknesses.

Stimac’s main focus will be to get India participating regularly in Asia’s biggest international tournaments. Constantine did well in taking India to the 2019 AFC Asian Cup, but the Englishman divided opinion, owing to his tactics and sometimes questionable team selections. If Stimac is to succeed as Indian coach, he will need the backing of the players, AIFF and, most importantly, the fans.

Another major challenge for Stimac will be to establish a suitable replacement for Sunil Chhetri as the country’s talisman. The 35-year-old striker has served as India’s knight in shining armour for almost a decade now, but with age not by his side, the time has come to find his successor at the frontline.

Finally, replacing a defender of Anas Edathodika’s stature will be a mean task. The Kerala-based centre back was a mainstay for the Indian national team alongside Sandesh Jhingan and announced his international retirement after India bowed out of the 2019 AFC Asian Cup. However, youngsters such as Subhasish Bose and Salam Ranjan Singh do have the ability to shine, if given the right guidance.

It’s quite evident that Igor Stimac has a mammoth task ahead of him. While his win percentage might not make for an encouraging viewing, his experience coaching some of the biggest teams across the world will definitely come in handy. Most important will be the kind of backing he gets from the AIFF and the fans. If they stick by him, we might lay witness to something special from him.