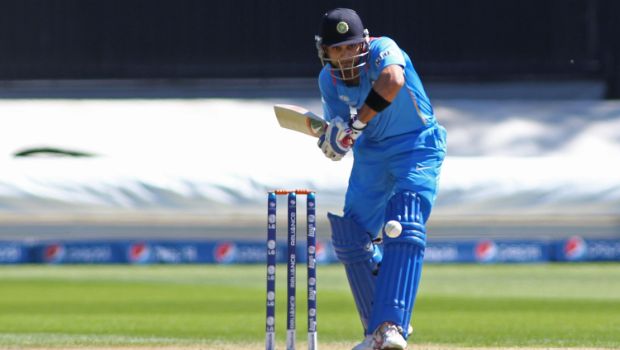 Virat Kohli stole the limelight as India registered a comfortable 67 runs win over Sri Lanka in the first ODI of the three-match series in Guwahati. Chasing a huge target of 374, the Lankan batters failed to play anchoring innings but their captain Dasun Shanaka fought a lone battle with a brilliant knock of unbeaten 108. However, Shanaka’s knock was not enough to avoid the defeat. For India, pacer Umran Malik starred with figures of 3/57.

Batting first, Shubman Gill and skipper Rohit Sharma gave India an excellent start by adding 143 runs for the opening wicket. Shanaka came in to draw the first blood by trapping Gill (70) LBW. Rohit played a wonderful knock of 83 before playing Dilshan Madushanka on the stumps. Shreyas Iyer and Hardik Pandya chipped in with 28 and 39 respectively.

Kohli constructed his innings beautifully and executed his plans well by playing eye-catching strokes. The star batter went on to hit his 45th ODI century and also surpassed Sachin Tendulkar (8) by recording his 9th century against Sri Lanka. Kohli scored 113 off 87 balls and helped India to post a formidable total of 373/7.

In reply, Sri Lanka lost Avishka Fernando (5) early in the fourth over. Mohammed Siraj then bowled an insane inswinger to clean up Kusal Mendis for a duck. Pathum Nissanka (72) and Dhananjaya de Silva (47) showed some resilience before Mohammed Shami initiated the collapse. The visitors lost regular wickets but at one end Shanaka kept fighting till the final delivery. He finished off the match with a six but that was not for a victory.

IPL 2022: Sunrisers Hyderabad prevailed over Mumbai Indians to stay in the hunt
Khaleel Ahmed making a statement in the Indian T20 league after World Cup snub
MS Dhoni and Suresh Raina hang their boots from international cricket together