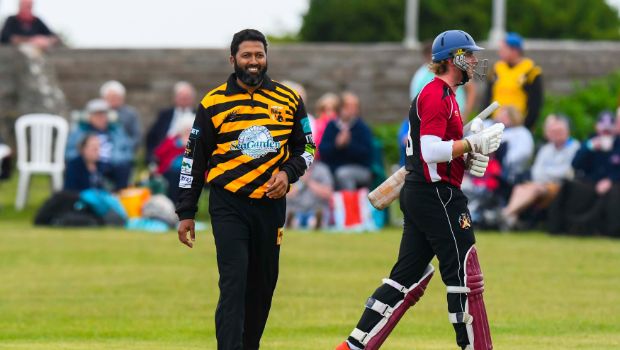 Former Indian opener Wasim Jaffer has warned the Indian team to be wary of South African young speedster Kagiso Rabada. Jaffer picked him as Indian batters’ biggest threat in the upcoming Test series which begins on Sunday. Jaffer said that the Proteas has a decent fast bowling attack and Rabada is one of the best.

Rabada is going to challenge and trouble the Indian batters for sure. South Africa has sufficient quality and pace in their bowling attack. But the Proteas’ batting line-up is not the same like it was before as there is no AB de Villiers, Hasim Amla, etc. However, it would be a challenging tour for Men in blue.

Rabada has 24 wickets at an average of 29.16 in nine Tests against India. South Africa will be relying on the seamer for leading their bowling attack in the series against India. Another good pacer Anrich Nortje, who troubled all batsmen in the 2021 IPL, has been ruled out of the series because of a recurring hit-related injury.

Jaffer admitted that India also has quality fast bowlers in the squad. Indian pacers Mohammed Shami and Jasprit Bumrah are very experienced. They will keep the team in the hunt. Jaffer further added that if Kohli-led men can score 400 plus runs, then India will win the match.

Jaffer concluded that Wicket-keeper batsman Rishabh Pant is a potential game-changer. Pant can change the game if he bats for one or one and a half hours. Indian players have to work together and contribute well to register the first series win in the Rainbow nation.