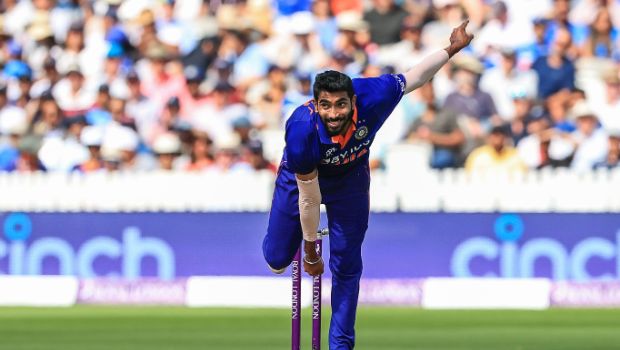 Jasprit Bumrah, who was included in the Indian squad for the ODI series against Sri Lanka, will not be making his comeback to international cricket. Earlier, Bumrah was added to the squad after the Board of Control for Cricket in India confirmed that the star pacer has completed his rehab at the National Cricket Academy (NCA) and is fit to play in the three-match series against the Lankans.

On the eve of the ODI series opener, reports confirmed that the BCCI has pulled Bumrah out of the ODI squad, giving importance to the Test series that lies ahead. The right-arm senior pacer has been removed with the directives coming from the NCA.

In a press release, the BCCI said that Bumrah who has not traveled with the team to Guwahati will need some more time to build bowling resilience. This decision has been taken as a precautionary measure. Earlier, Bumrah was rushed back for the T20Is against Australia before the T20 World Cup but the pacer’s injury resurfaced and was ruled out of the marquee tournament.

The BCCI, learning from its previous mistake, decided to keep the premier pacer away and wait for his full recovery. The Senior Selection Committee has not named any replacement for Bumrah. The 29-year-old pacer is expected to feature in the Border-Gavaskar Trophy against Australia, a four-match Test series at home starting on February 9.

Bumrah’s service will be much needed for team India in the World Test Championship Final and also the ODI World Cup which will be played later this year. India will play Sri Lanka in the series opener today at 1:30 pm at Barsapara Stadium.