Unhappy with the way I was dismissed, Shreyas Iyer opens up 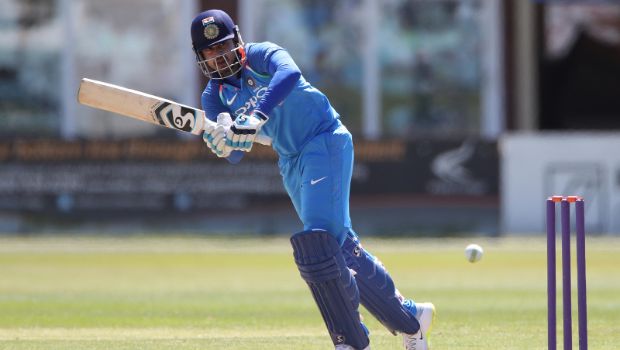 India registered a thrilling 2-wicket win over the West Indies in the second ODI of the three-match series. Half-centuries from Shreyas Iyer, Sanju Samson, and Axar Patel helped India to chase a massive target of 312 in a nail-biter on Sunday. After sealing the series 2-0, Indian top-order batter Shreyas Iyer said that he is hopeful of scoring a century in the next game. Iyer smashed 63 runs off 71 balls before Alzarri Joseph trapped him LBW.

In a post-match press conference, Iyer stated that he was really happy with the runs he scored but really unhappy with the way he was dismissed. The right-hand batter admitted that he thought he could have taken the team through easily but was very unfortunate with the wicket.

Iyer expressed that his side lost two back-to-back wickets for 60-runs and from there we were in a situation to rebuild the innings. The 27-year-old batter applauded Samson for showing a lot of intent. Samson took on to the spinners and hit them for two sixes to change the momentum of the game. Iyer praised Patel for his outstanding knock which took India through the finishing line.

He further added that head coach Rahul Dravid was getting tensed and passing on the messages. But the players remained calm and composed during the pressure situations. Iyer wants to make the most of every opportunity he gets at the moment, instead of worrying about his batting position. He hopes to convert his scores into big ones instead of being happy with half-centuries.

India needs 320 runs to sweep the series and to retain the Border-Gavaskar trophy
Mithali’s Velocity take the win against Supernovas in a nail-biting match
Markram, Nortje, Qeshile invited for T20Is against Sri Lanka