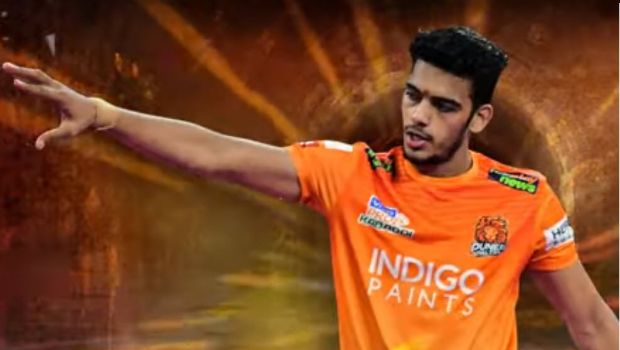 The Pro Kabaddi League (PKL) is one of the most popular leagues in India. The Kabaddi tournament has produced and witnessed some of the best kabaddi talents from India and also other countries. Last year, PKL Season 8 took place under strict COVID-19 protocols. Dabangg Delhi was crowned as champion after several iconic and electrifying clashes. Dabangg Delhi, as a team delivered their best on the mat to beat the high-flying Patna Pirates and came out as title winners of the grand event.

PKL Season 8 witnessed several individuals making a name for themselves in the sport. A few young Indian players won a lot of praise and were applauded for their sensational and terrific performances. Some of those new young players have been retained by the franchises ahead of the auction in August for Season 9 of the Pro Kabaddi League.

The young players would get a huge confidence boost as they get retained by their franchises. Each franchise can retain four players under the New Young Players category. The youngsters would eye to build on their indestructible performance last year with the same side. The top two existing new young players retained by Puneri Paltan are Aslam Inamdar and Mohit Goyat.

Aslam Inamdar was one of the best performers in the PKL Season 8. Puneri Paltan’s all-rounder was brilliant in both attack and defense. Inamdar dominated more as a raider and scored 189 points for his side in 23 matches. Last season was an outstanding one for Inamdar as he had a 48 percent strike rate and 48 percent tackle rate. His not-out percentage was 87.13.

As expected, the Paltan did not waste any time in retaining the player. If the outfit aims to win the competition, then Inamdar will certainly play a major role in the campaign. He produced five Super 10s and seven super raids in PKL season 8.

The 21-year-old young Goyat was exceptional for Puneri Paltan last season. The all-rounder scored 187 points in 21 appearances for his side. Those points were crucial and played an essential part in helping the team to reach the playoffs of the tournament.

Goyat had a 45 percent success rate in raids and scored over 7.57 average points per game too. Puneri Paltan had a powerful performance and the outfit has decided to put faith in the good performers from last season once again.

Pro Kabaddi League 2022 semi-final: UP Yoddha take on Patna Pirates
Top all-rounders to watch out for in season 9 of the Pro Kabaddi League
Haryana Steelers beat U Mumba to leapfrog them in standings