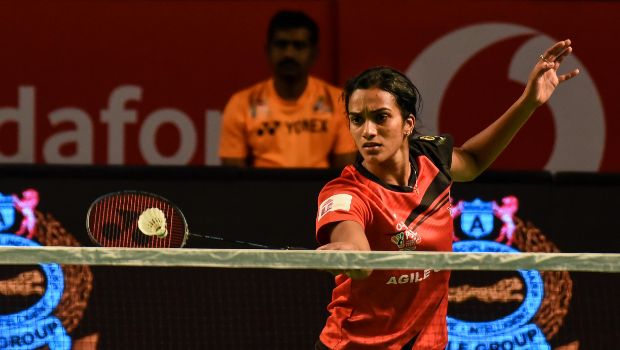 The 2018 Commonwealth Games held in Gold Coast, Australia was a testimony to the powerhouse India has become in badminton. Indian badminton squad returned with six medals including two gold, three silver, and one bronze. India secured the top spot in the event’s medals ranking. When Indian shuttlers begin their campaign for the CWG 2022 in Birmingham, they will not just be the favorites but are expected to improve upon their previous show considering the emergence of new talents.

But the absence of senior ace Saina Nehwal will be a major setback for India in the CWG 2022. The former world no.1 player, who has won five CWG medals, is the defending champion in the women’s singles event. However, former world champion PV Sindhu is more than capable of spearheading India’s campaign. Let us have a look at India’s top medals contenders at the CWG 2022 quadrennial event.

Sindhu has come a long way from the 2014 CWG where she managed to secure a bronze. Then, she was still an upcoming but highly rated shuttler. Later on, she won multiple medals at the world championships including gold, and is a winner of several BWF titles.

The 27-year-old shuttler came close to winning a CWG gold four years back but finished runners-up to Saina. Sindhu recently won her first ever Super 500 title at Singapore Open and ended a series of defeats in quarters and semis this year. Sindhu has a great opportunity to win gold medals in singles and team events.

Another Indian shuttler who would bag gold is Srikanth Kidambi. Srikanth came close to creating history at the 2021 world championships when he reached the men’s singles final. But the 29-year-old shuttler clinched only silver after losing to Loh Kean Yew. The former world no.1 is not having a successful season this year as he suffered early exits at Singapore Open, Badminton Asia Championships, All England, and India Open.

However, he won the Thomas Cup with the Indian squad in May, entered the German Open quarters, and made it to the last four of the Swiss Open as well. At the 2018 CWG, Srikanth claimed a silver medal in men’s singles while winning gold in a mixed team event. He would be definitely itching to change the color in the singles event in Birmingham.

2018 CWG will always be remembered as India scripted history by winning their first ever mixed team event gold. Considering the wealth of talent, all expect India to defend their title.