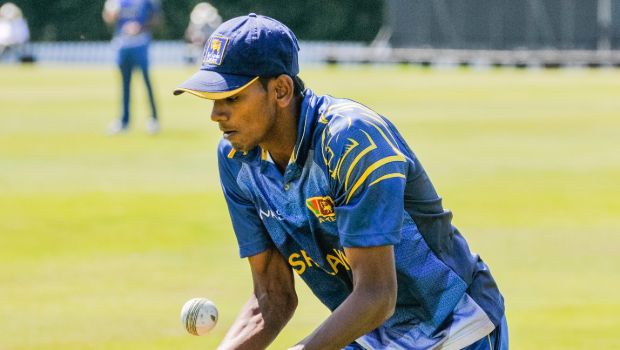 India beat England by 7 wickets in their first T20 World Cup Warm-up Match at ICC Academy Ground in Dubai. Chasing a target of 189, Indian openers Ishan Kishan (70) and KL Rahul (54) smashed blistering fifties and gave an excellent start at the top. With three runs needed from seven balls, Rishabh Pant finished off in style by hitting a glorious six. Chris Jordan conceded 23 runs off the penultimate over.

England raced to 51/2 as Jos Buttler (18) and Jason Roy (17) played cameo knocks in the Power play. However, Mohammed Shami dismissed both to get India back on track. World’s No.1 T20I batsman Dawid Malan partnered with Jony Bairstow and scored runs by hitting boundaries frequently. Rahul Chahar cleaned up Malan (18) with a brilliant googly.

The fall of wickets never affected England in scoring the runs. Liam Livingstone (30) and Bairstow put on 52 runs stand for the 4th wicket before Shami cleaned up Livingstone with a yorker. Moeen Ali exploded towards the end with 43 runs off 20 balls. He hit Bhuvneshwar Kumar for two consecutive sixes in the final over and took his side to an impressive 188/5.While Shami bagged three wicket, Bumrah and Chahar finished with one each.

Chasing a big total, Indian openers provided a solid platform with an 82-run stand. While KL Rahul perished for a 24-ball 51, fellow-opener Ishan Kishan retired on 70. Kishan, who brought up his fifty in 36 balls paired with Rishabh Pant and scored runs quickly. Skipper Virat Kohli did not score big as Livingstone dismissed him for11. Pant (29) and Hardik Pandya (16) played handy cameos and helped India to reach the target in the 19th over.