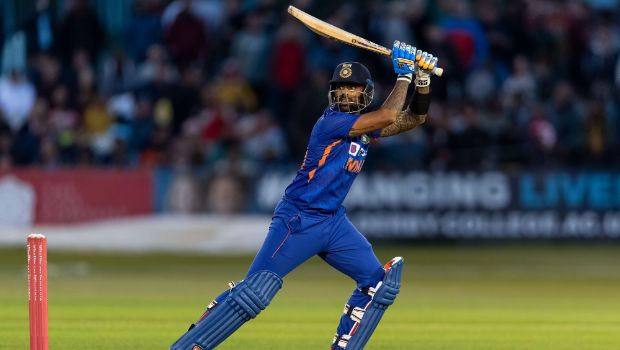 Suryakumar Yadav smashed a scintillating unbeaten century before the Indian bowlers produced a clinical performance to thrash New Zealand by 65 runs in the second T20I. Men in blue played dominant cricket from the start to secure a comprehensive win and take a 1-0 lead in the three-match series. Chasing 192, the Black Caps failed to stitch decent partnerships and bundled out to 126. For India, Deepak Hooda returned with exceptional figures of 4/10.

Batting first, Ishan Kishan and Rishabh Pant gave India a decent start by scoring 36-runs in 5 overs. Lockie Ferguson gave the initial breakthrough for the hosts by dismissing Pant for just 6. Ishan then departed after scoring a crucial 36 while Shreyas Iyer (13) lost his wicket by hitting the stumps. On the other end, Suryakumar dominated the Kiwi bowlers and scored runs aggressively.

The no.1 ranked T20I batter took just 49-balls to hit his second T20I century. Suryakumar scored an unbeaten 111 and powered India to a gigantic 191/6 in 20 overs. The Kiwi pacer Tim Southee took a hattrick by dismissing Hardik Pandya, Hooda, and Washington Sundar in the final over.

The hosts in response had a poor start as Finn Allen departed for a duck. Devon Conway and skipper Kane Williamson steadied their ship by adding 56 runs for the second wicket. Sundar initiated the Kiwi’s collapse by removing Conway for 25. New Zealand lost their rhythm by losing wickets regularly. Williamson top-scored with a knock of 61. The series decider will be played on November 22 at McLean Park.