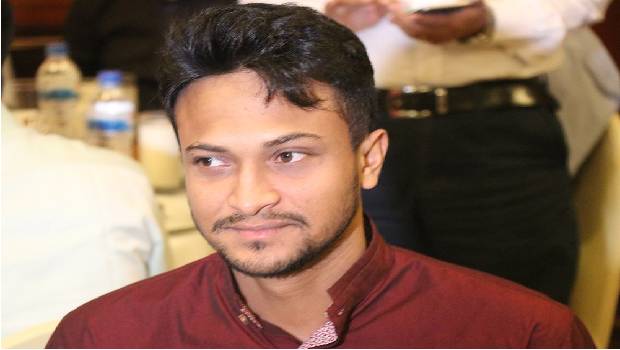 Bangladesh ensured their place in the tri-series final after a resounding five-wicket win over West Indies in Malahide. After their bowlers fought hard to restrict them to 247 for 9, Soumya Sarkar and Mushfiqur Rahim struck fluent half-centuries and dominated the chase as they sealed victory with 16 balls to spare.

Mustafizur first four-wicket haul in eight months, as well as discipline from Shakib Al Hasan and Mehidy, and Mortaza’s three wickets, took the momentum from West Indies twice, after they chose to bat first.

Then it was Soumya’s turn in the spotlight, his 54 off 67 balls getting Bangladesh off the block quickly. After they had lost three quick wickets in the middle-overs to Ashley Nurse, Mushfiqur put together two partnerships, 83 runs for the fourth wicket with Mohammad Mithun, and 50 runs for fifth wicket stand with Mahmudullah, to boss the chase.

Chase and Hope had added 33 runs for the third wicket, before Chase and Jonathan Carter fell in the space of four overs. With the scoring rate falling drastically, Holder slammed two fours to break a 103-ball boundary drought.

Holder and Hope added exactly 100 runs to revive the West Indies innings, but with both batsmen falling in the space of 12 balls, Bangladesh got back control. They conceded just two fours and a six in the last six overs, as West Indies reached the underwhelming score.