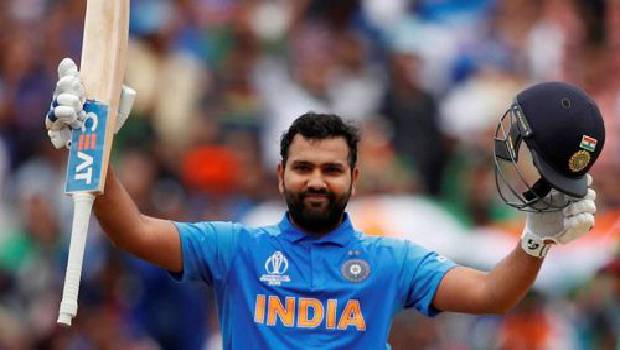 Rohit Sharma’s massive knock with his partner of an equally powerful KL Rahul before Kuldeep Yadav unbelievable Bowled with a hat-trick in India’s series-levelling 107-run victory against the West Indies in the 2nd ODI in Vizag on Wednesday. The Indian opener Rohit Sharma hit his 28th ODI hundred 159 off 138 balls and added 227 for the opening stand with young centurion Rahul (102 off 104 balls) as India scored an imposing 387 for 5 in 50 overs. Rishabh Pant (39 off 16 balls) and Shreyas Iyer’s (53 off 32 balls) aggressive performance 72-run stand in last 4 overs also provided the highest runs during a final flourish.

In 2nd batting the West Indies, who looked impressive at 192 for 3 in the 30th over, Indian team bowled out for 280 in 43.3 overs. It was Mohammed Shami (3/39 in 7.3 overs), who removed the powerful hitter Nicholas Pooran (75 off 47 balls) and skipper Keiron Pollard (0) off super deliveries to collapse the West Indies team.

Kuldeep (3/52 in 10 overs) successive delivers to remove the dogged unstoppable Shai Hope (78 off 85 balls), all-rounder Jason Holder (11) and bowler Alzarri Joseph (0) its favour of India. Kuldeep became the first Indian player to claim two hat-tricks in international cricket. It was a 2nd hat-trick in One day International matches.

At the end of the first innings West Indies was never going to make a comeback after losing 5 wickets for 18 runs and it was only a matter of time before India finished their 4-match losing streak at home.

Last decider match will now be played at Cuttack on 22nd December. Sharma as usual, batted at his own style and looked like the Brand Ambassador of an orchestra, who made the West Indies bowlers dance to his tune.

Sheldon Cottrell (9 overs of 2/83 ) was smashed with such ferocity that he didn’t have energy to do a customary ‘Cottrell Salute’ once Iyer was out and it was more or less similar for all others like Alzarri Joseph (9 overs of 0/68 ) and Keemo Paul (9 overs of 0/62).
Accelerator in this format 1st 50 off 67 the next off 40 balls. In this match 17 boundaries and five sixes and Rohit played the same shot again and again.