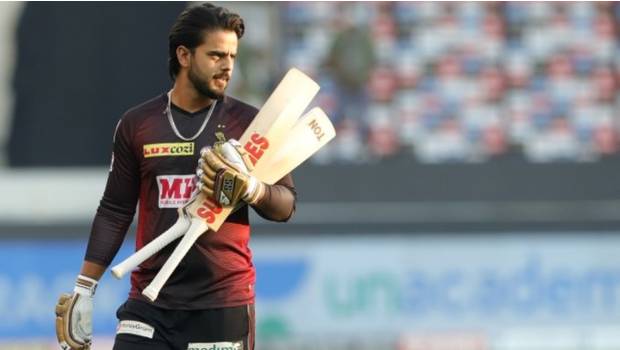 Kolkata Knight Riders defeated Sunrisers Hyderabad by 10 runs in the third match of the 14th season of the IPL. Hyderabad won the toss and decided to bowl first in the match. Kolkata scored 187 runs for 6 wickets in 20 overs while Hyderabad’s team scored 177 runs for 5 wickets in 20 overs. This is Kolkata’s third consecutive win over Hyderabad as they won both matches last season.

Johnny Bairstow and Manish Pandey played half-century innings for Hyderabad, but they could not win the match for the team. Manish remained unbeaten on 61 off 44 balls as he hit 2 fours and 3 sixes. Bairstow with 5 fours and 3 sixes scored 55 runs. Apart from these two, Abdul Samad scored 19 runs off 8 balls, Mohammad Nabi scored 14 off 11 balls and Vijay Shankar scored 11 off 7 balls. Wriddhiman Saha 7 and David Warner 3 runs out. Krishna, famous for Kolkata, took two wickets. Pat Cummins, Andre Russell and Shakib Al Hasan got a wicket each.

BCCI issues SOP for all the franchises of IPL
Hardik Pandya says Road to T20 World Cup 2024 begins with the New Zealand series
When time comes to score runs, they all get out: Kapil Dev’s big statement