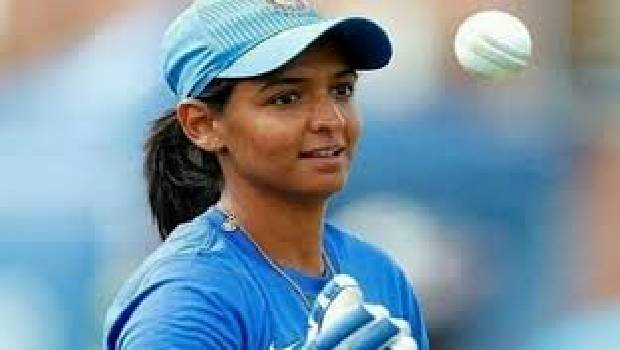 Indian women’s T20I team captain Harmanpreet Kaur has tested positive for the coronavirus. This news comes after reports of her experiencing mild symptoms for the virus. It was earlier reported that the Punjab-born cricketer was suffering from fever for about 4 days and upon testing the results returned positive on Monday.

Kaur after receiving medical advice is under self-isolation currently at her home.

Kaur was not part of the national cricket squad during the recently concluded T20I series against South Africa at home due to a hip-flexor injury. Kaur suffered this injury during the 5th ODI match that took place prior to the T20Is.

Smriti Mandhana led India during the T20Is to a 2-1 series defeat in Kaur’s absence. Earlier to this India lost the ODIs 4-1 to South Africa which was led by Mithali Raj. Kaur in the ODIs hit 160 runs in 4 innings average at 53.33 which included a 54 runs knock in the 4th ODI.

Since Mansi Joshi tested positive last October Kaur is the second high-profile Indian women cricketer to have tested positive for coronavirus. Joshi due to this had to miss the Women’s T20 Challenge last year in the UAE. Joshi plays for the Velocity team in the league which is captained by Raj.

Asides from this few former Indian cricketers that took part in the Road Safety Series recently have tested positive for the virus. Among them are Sachin Tendulkar, Yusuf Pathan, S Badrinath and Irfan Pathan