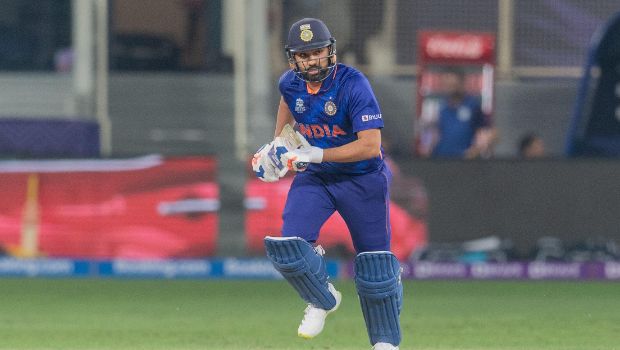 Afghanistan showcased once again that they are so hungry and ready to hunt for the Asia Cup 2022 title. Afghanistan thrashed Bangladesh by 7 wickets in their final Group B match. Mohammad Nabi’s men became the first team to qualify for the Super Four stage with two wins in two matches. It was a disappointing outing for Bangladesh captain Shakib Al Hasan, who played his 100th T20I. Bangladesh managed to post a below-par total of 127/7 in 20 overs after opting to bat at the Sharjah Cricket Stadium on Tuesday.

Though Afghanistan began the chase slow, a blistering unbeaten cameo of 43-runs from Najibullah Zadran helped his side to reach the target with 9 balls to spare. On a slow and sluggish Sharjah pitch where no other batter hit more than one six, Zadran hit as many as 6 sixes in his masterclass innings.

Bangladesh and Sri Lanka will now feature in a knockout match on Thursday, September 1. The team who wins this match will get a berth in the super-4 stage. Both teams have lost their openers to a high-flying Afghanistan team.

Afghanistan batters scored at a low run rate and were just 85/3 in 16 overs, having lost captain Mohammad Nabi for just 8. However, young Ibrahim Zadran (42) was playing the anchor’s role to perfection even as Bangladesh bowlers were keeping it tight.

Mustafizur Rahman’s 3rd over turned out to be the game-changing over as Najibullah smashed two huge sixes and collected 17-runs from it. In the next over, Mohammad Saifuddin leaked as many as two sixes and two boundaries as Afghanistan was close to the finish line. Finally, Najibullah finished the match with a huge six and sealed Afghanistan’s berth in the Super Four.

Earlier, Afghanistan spinner Mujeeb Ur Rahman ran through the Bangladesh top-order, removing their openers and skipper Shakib in the powerplay. Rashid Khan then joined the party as he picked up 3 wickets, running through the middle-order.

Bangladesh batters paid the price for playing cross-batted shots and were reeling at 53/5. However, Mahmudullah (25) and Mosaddek Hossain revived the Bangladesh innings with a steady 33-run partnership for the 6th wicket but Rashid got the experienced Mahmudullah in the 16th over.

Mosaddek top-scored with an unbeaten 48-runs to help Bangladesh post a 120-plus target and gave the bowlers something to work with. Eventually, 127 proved very little as Najibullah demolished the Bangladesh bowling at the death.