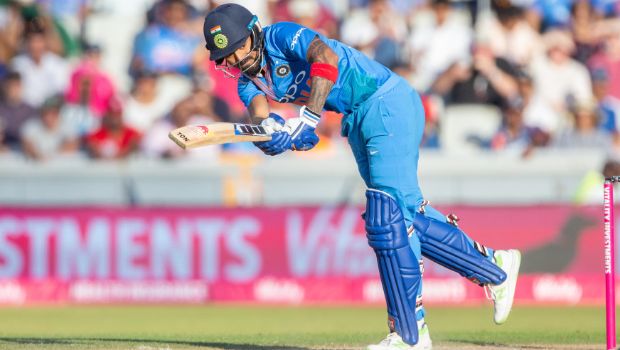 Star opener KL Rahul is set to lead the Indian team in the upcoming three-match series in Zimbabwe, starting on August 18. The BCCI medical team has assessed Rahul and declared him fit to play in the ODI series against Zimbabwe. Seasoned opener Shikhar Dhawan, who was initially named as captain in Rahul’s absence, will now be his deputy.

The 30-year-old batter was initially left out of the India squad after aggravating his hamstring injury, and the same would have also hindered his T20 World Cup chances. Rahul was recovering from a sports hernia surgery and was supposed to play in the West Indies series. But he missed out after contracting COVID-19.

The senior opener was given time to recover fully before the all-important Asia Cup. But the medical team has now given an all-clear after Rahul cleared all the requisite fitness parameters. The right-handed batter’s addition takes the Indian squad strength to 16, as he has not replaced any player from the initial 15-member contingent.

India pacer Deepak Chahar, who has spent nearly six months battling a hamstring injury, will feature in the ODI series. Left-arm wrist spinner Kuldeep Yadav has returned to the side after recovering from a wrist injury.