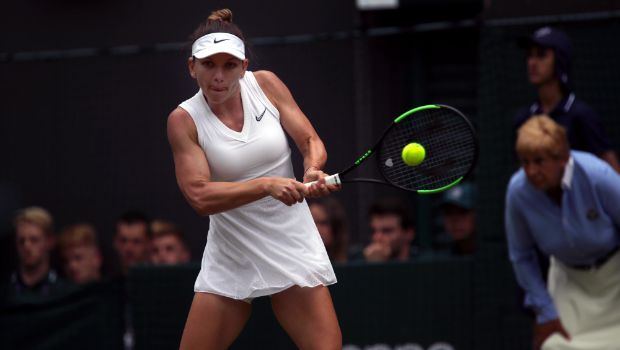 Romania’s Simona Halep produced a mouth-watering performance to outclass Beatriz Haddad Maia of Brazil in three sets. Simona Halep battled well to pull through a 6-3, 2-6, 6-3 win over Haddad Maia and claimed the women’s singles title at the Canadian Open title in Toronto. The Romanian player has now won the WTA 1000 Canadian Open three times ending the run of first-time finalist Haddad Maia. Both players tested each other and produced their best in an absorbing clash that lasted two hours and 16 minutes.

For the very first time in her career, Halep has claimed the same title on a third occasion. Halep’s hard-fought victory ensured that the 2019 Wimbledon champion returned to the top ten of the WTA rankings in style. Halep dropped from second in the world to 20th after missing a large part of last season with an injury. But now the two-time Grand Slam champion will go up from World No.15 to No.6 in Monday’s rankings update.

The 30-year-old Romanian player secured her first WTA 1000 final since she won the Rome Masters title two years ago. Halep delivered all her skills and held her nerves to record a 38th win of the season. Only world no.1 Iga Swiatek has won more with 49.

On the other side, Hadda Maia had a wonderful tournament which included a victory over the top-seed Swiatek. The Brazilian player started the championship match with great confidence as she had defeated Halep in their last encounter in the semi-final at Birmingham, on her way to the title.

Haddad Maia started well by breaking Halep in the opening game after she served four double faults. But from 3-2 down the Romanian bounced back to seal four consecutive games and bagged the opening set. However, the 26-year-old Brazilian forced a decider after racing into a 4-0 lead in the second set. Despite the threat of Halep’s fightback, Haddad Maia held on to the advantage to level the match.

After exchanging breaks at the start of the decider set, Halep found something extra on her groundstrokes and moved ahead with a 4-1 lead. Halep started to play aggressively as the set progressed. She continued with the momentum and played some delightful shots to close out the match. Halep proved herself as one of the favorites for the US Open title later this month.

In men’s singles, Spain’s Pablo Carreno Busta defeated Poland’s Hubert Hurkacz 3-6, 6-3, 6-3 to clinch the title. Earlier, the Spain player produced one of the best battles in his career to beat Dan Evans in the semi-finals.