Keemo Paul: From a utilitarian choice to a match winner for Delhi 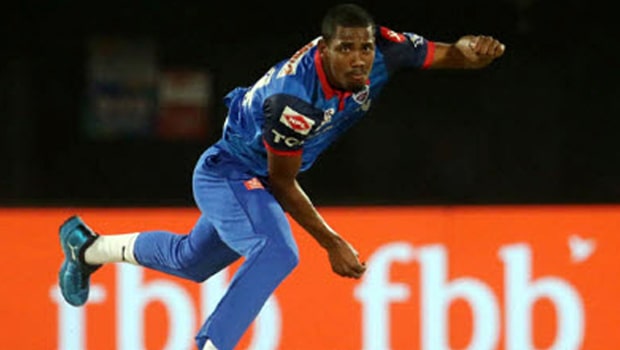 Keemo Paul recreated his match-winning shot from the ICC U19 World Cup of 2016 when he propelled Delhi to the Qualifier 2 of the Indian T20 League this season, and thus landed the knockout punch on Hyderabad, with a boundary off the penultimate ball of the eliminator on Wednesday. The bowler bowling to him was Khaleel Ahmed on both occasions. The Windies lifted the U19 World Cup three years back when Paul top edged a short ball from Ahmed behind the stumps for a boundary. This time, however, the winning shot came off a well-timed pull that fetched him four runs in the mid-wicket region.

He showed a calm and composed approach under pressure, and the experience of being in such a situation previously, gave him enormous confidence to play such a neatly timed shot in the face of adversity. His contribution in this match though was much more than that timely boundary. He registered a fine spell of 4-0-32-3 previously in the match that helped Delhi to restrict Hyderabad to a par score of 162/8. This was his second three-wicket haul in the season and incidentally, the first one came against Hyderabad as well 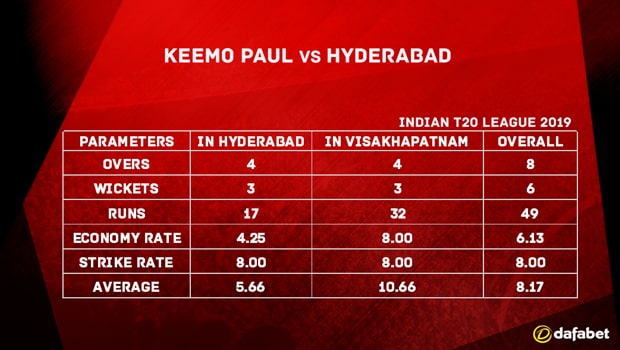 Delhi have used Paul strategically throughout the tournament. He was more of a utilitarian choice when they bought him in the auction back in December 2018. They didn’t have to deal with any competition from other franchises whatsoever as they picked him up at his base price of 50 Lakhs INR. He didn’t feature in all the games for them but whenever he did, he made an impact. The Delhi think-tank knew that he was going to be more than a useful asset for them when playing on sluggish and tacky wickets. His medium pace coupled with his canny variations, and the ability to bowl accurate yorkers, turned out to be the perfect mould for such kind of tracks. His tally of 9 wickets in 7 games this season includes two match-winning 3-wicket hauls. Moreover, his handy batting abilities only added depth to their batting unit and that was summed up by his composed finish on Wednesday.

Not only that, he has matched the abilities of Kagiso Rabada and Chris Morris when it comes to death bowling responsibilities as well. He has the third best strike-rate and the third highest number of wickets among all the Delhi bowlers who have bowled at least 30 deliveries between overs 15-20 this season.

Two of his three wickets in the eliminator against Hyderabad came in the death overs as he mixed up his deliveries well and thus foxed the batsmen in the process. Although his overall economy might seem to be a bit on the higher side in the death overs, he has taken up the mantle of death bowling well in the absence of Rabada. In the last two matches, he bowled a total of four overs and conceded only 29 runs at an excellent economy rate of 7.25. The pacer has definitely reacted well to the responsibility given to him and thus repaid the faith invested in him by the likes of Ricky Ponting and Sourav Ganguly.