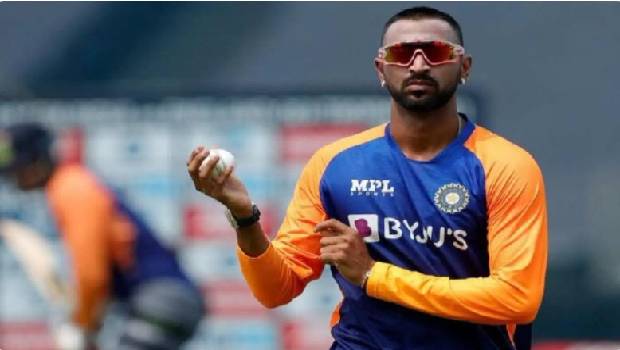 The Second T20I between Srilanka and India was scheduled to be played on 27th July and it has been postponed to 28th July as Indian all-rounder Krunal Pandya is tested positive for COVID-19. Reports confirmed that the third and final T20I will be played on 29th July as scheduled.

The Board of control for Cricket in India said that the entire Indian contingent is taking the RT-PCR tests to avoid any further outbreak in the team. The BCCI medical team has identified eight players as close contacts.

Indian all-rounder Krunal Pandya was found to be COVID-19 positive with a Rapid Antigen Test, which was taken ahead of Tuesday’s match. Krunal Pandya will undergo a seven-day self-isolation period. Krunal Pandya took 1 for 16 in his two overs in the first match.

The eight players who were in close Contact with Krunal Pandya have tested negative after the RT-PCR tests. However, they will not be playing in the Second T20l as a precautionary measure.

India is leading the three matches in T20I Series. All three matches were played without any spectators at the R Premadasa stadium due to the pandemic situation. The last two matches of the T20I series will play as back-to-back matches on Wednesday and Thursday.

This situation in the Indian team is likely to affect the travel plans of the duo, Prithvi shaw and Suryakumar Yadav who have to join the Indian red ball Squad in London for the text series against England. BCCI has not made it clear whether these two are among the eight players.