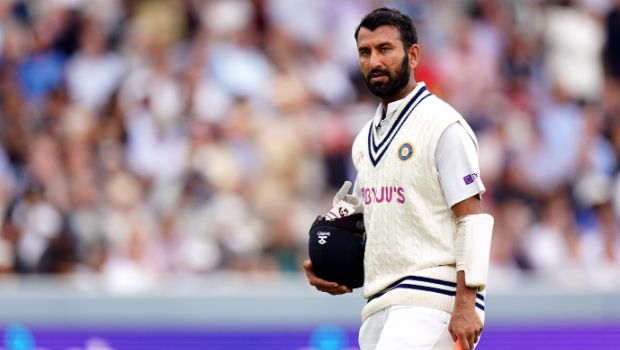 India posted 278/6 in 90 overs against Bangladesh on the opening day of the ongoing first Test match in Chittagong. Cheteshwar Pujara and Shreyas Iyer batted brilliantly and hit gritty half-centuries to put their side in a strong position after an early top-order collapse. Pujara (90) missed out on a century but Iyer remained unbeaten on 82. For Bangladesh, Taijul Islam was the pick of the bowlers with figures of 3/84.

Opting to bat first, KL Rahul and Shubman Gill looked to give a good start to India. But the left-arm spinner Islam gave the hosts an early breakthrough by dismissing Gill for 20. A few moments later, Khaled Ahmed cleaned up India skipper Rahul (22) to put more pressure on the visitors. Islam then bowled a beauty to trap Virat Kohli (1) in front of the stumps. Kohli walked back with a huge disappointment.

Rishabh Pant came in and played a counter-attacking game to stabilize the Indian innings. Pant scored a 46 off 45-balls before Mehidy Hasan bowled him out. Pujara and Iyer were in dominating form and steadied their ship by adding 149 runs to the fifth wicket. Islam yet again gave the much-needed breakthrough by dismissing Pujara.

Iyer was so lucky on Day 1 as he survived two catch drops and then when Ebadot Hossain’s delivery hit the stumps the bails did not fall to the ground. Axar Patel (13) was dismissed on the final ball of the day. Iyer will look to bring up his century on Day 2.