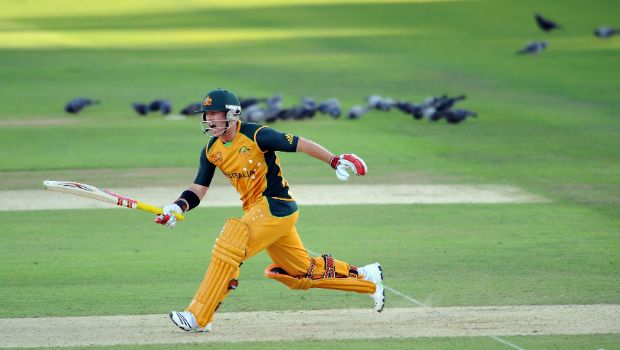 Delhi Capitals returned to winning ways by handing a 21-run defeat to Sunrisers Hyderabad at Brabourne Stadium. Defending a mammoth target of 208, DC bowlers did an excellent job to restrict the Orange Army to 186/8 in 20 overs. Nicholas Pooran played a fighting knock of 62-runs but eventually failed to take SRH home. The comprehensive victory has taken DC to the fifth spot on the table with 10 points.

After being put in to bat first, Bhuvneshwar Kumar stunned DC by dismissing Mandeep Singh for a duck. Sean Abbott then removed Mitchell Marsh for 10. DC skipper Rishabh Pant and David Warner counter-attacked to score quick runs. Shreyas Gopal cleaned up Pant (26) after getting hit for three consecutive sixes.

Warner went on to register his fourth half-century of the season and remained unbeaten on 92 in a magnificent batting display. Later on, Rovman Powell joined the party and displayed his power-hitting abilities to score 67-runs off just 35-balls. The duo stitched 122 runs for the unconquered fourth wicket and powered DC to a total of 207/3.

In reply, SRH failed to get a solid start from their opening duo of Kane Williamson and Abhishek Sharma. The duo collectively scored 11-runs before getting out within the power-play as it was not their day. Rahul Tripathi chipped in with 22-runs.

South African batter Aiden Markram (42) and Pooran added 60-runs to keep SRH in the hunt. However, their efforts were not enough to take their side home. The latter fought a lone battle as he lacked support from the other end.