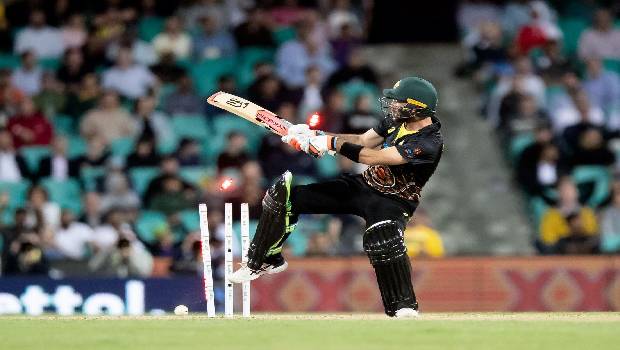 Sunrisers Hyderabad won a thriller against Royal Challengers Bangalore by 4 runs at the Sheikh Zayed Stadium. Chasing a target of 142 runs, RCB lost three early wickets for 38 runs. RCB opener Padikkal and all-rounder Glenn Maxwell added 54 runs for the fourth wicket. But this partnership was not enough to take RCB home as SRH bowlers bowled brilliantly towards the end and restricted RCB for 137/6 to win the match. All SRH bowlers scalped one wicket each.

After being put into bat first, SRH lost its opener Abishek Sharma in the second over. Skipper Kane Williamson and Jason Roy batted well and added 70 runs for the second wicket. Harshal Patel broke the partnership by dismissing Williamson for 31 runs. Few minutes later, Dan Christian caught and bowled Roy (44), who was playing well.

Defending a low total, SRH bowlers put pressure on RCB batsmen from the start as they picked three quick wickets. Padikkal and Maxwell played steadily to score runs in the middle-overs. But Williamson made a fine throw to get rid of Maxwell. The 21-year-old pacer Umran Malik was at his best for SRH. He bowled a 152.95 kmph thunderbolt to Padikkal and recorded the fastest delivery by an Indian in IPL history.

AB de Villiers, who was on strike in the final over failed to pull it off for RCB. Bhuvneshwar bowled well to defend 13 runs in the 20th over. AB de Villiers nicknamed Mr.360 was unable to get six runs in last two balls. RCB’s hope of finishing in the top two spot took a massive hit after the loss against SRH.