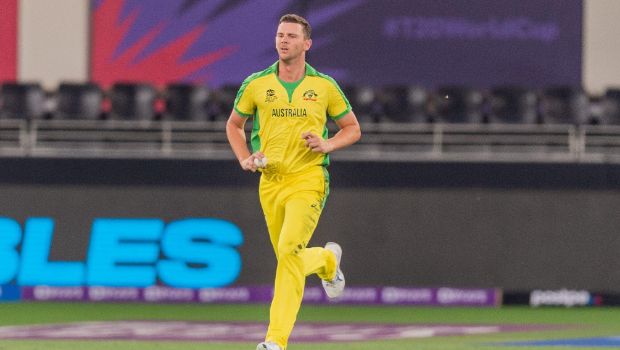 Royal Challengers Bangalore defeated Lucknow Super Giants by 18 runs at the DY Patil Stadium on Tuesday. Chasing a target of 182, LSG was restricted to a total of 163/8. Josh Hazlewood starred with the ball for RCB and ended up with 4/25. Krunal Pandya who was promoted up the order produced a decent fight with the bat for LSG. Pandya scored a fighting 42-run but did not receive good support from other batters.

After opting to bowl first, LSG had a dream start as Dushmantha Chameera picked up two wickets in the very first over. Virat Kohli went back for a golden duck. However, Glenn Maxwell counter-attacked to change the momentum. But Jason Holder took a brilliant catch to dismiss Maxwell on 23.

RCB skipper Faf du Plessis proved to be the lone warrior and slammed a brilliant 96-runs. Du Plessis alongside Shahbaz Ahmed (26) added 70-runs for the fifth wicket. RCB recovered from a top-order collapse and managed to post a good total of 181/6.

In response, LSG had a shaky start as Josh Hazlewood dismissed Quinton de Kock (3) and Manish Pandey (6) in consecutive overs. LSG skipper KL Rahul and Pandya looked to steady their innings and added 31-runs for the third wicket. But Harshal Patel bowled cleverly to dismiss Rahul on 30.

LSG failed to make good partnerships as they kept on losing wickets at regular intervals. RCB bowlers bowled brilliantly to keep the game under control. With this win, RCB has claimed the second spot with 10 points.