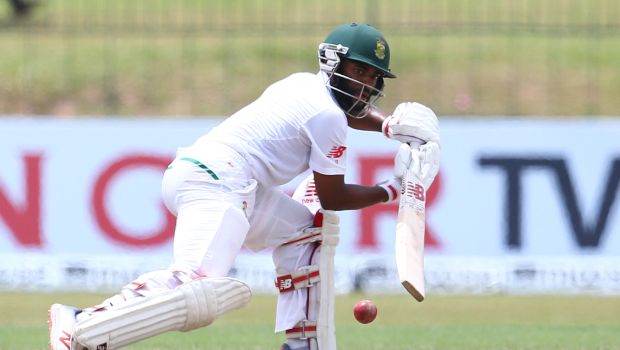 An all-around display from the Proteas guided them to register a comfortable 31-run win over India in the first ODI. Defending 297on a sluggish pitch, the hosts restricted the men in blue for 265/8 at the Boland Park. Centuries from skipper Temba Bavuma (110) Rassie van der Dussen (129*) helped their side to take a 1-0 lead in the series.

Indian pacers started well but failed to take wickets at regular intervals. Bavuma and van der Dussen used the conditions well and scored runs brilliantly. The duo added a phenomenal 204 runs for the fourth wicket which is the second-highest partnership for the Proteas against India. Jasprit Bumrah and Ravichandran Ashwin managed to take two and one wickets respectively.

In response, India lost their skipper KL Rahul (12) early in the innings. Shikhar Dhawan and Virat Kohli batted well and steadied the ship by adding 92 runs. Dhawan struck an aggressive 79 before Keshav Maharaj bowled him out. Kohli, en route to his 63rd half-century, went past Sachin Tendulkar for the most runs by any Indian batsman away from home (5,065).

The Indian middle-order struggled to keep on the wickets and deliver well. Rishabh Pant (16) and Shreyas Iyer (17) had a good start but failed to score big. It was a clinical bowling performance from the Proteas. While Lungi Ngidi, Tabraiz Shamsi, and Andile Phehlukwayo picked two wickets each, Aiden Markram and Keshav Maharaj scalped one each. Men in blue will look to bounce back strong and level the series by winning the 2nd ODI tomorrow.