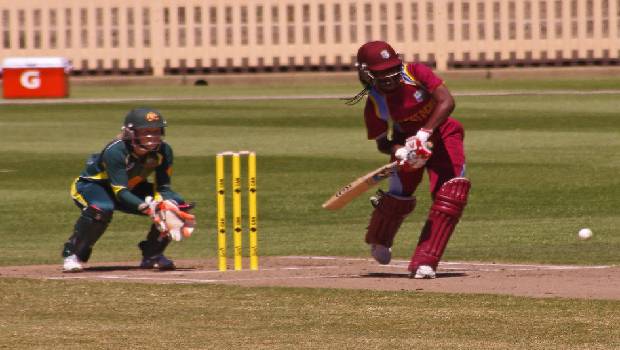 The Indian eves repeatedly dominated the West Indies women team as they enlisted a 5-run win upon them to take a 4-0 lead in the 5 matches in Guyana. West Indies won the toss for the 4th time and chose bowling first, a choice that delivered dividends in a match reduced to 9-overs a side because of the climate disturbance.

First up was Hayley whose off-spin confused the Indian top order, as she took the wickets of, Veda, Shafali and Jemimah and. Kyshona Knight bolstered Hayley by taking a great sliding catch to take away Jemimah from the match. Hayley completed her most profitable 2 overs with of 3/13.

At that point came the rest of the spin reinforcement, as Sheneta and Afy offered support for Hayley and Anisa. Afy was on a hat-trick as she expelled Harmanpreet and Harleen in her 2nd over. She completed with awesome figures of 2/2 from her 2 overs. Sheneta Grimmond had 2/10 from her 2 overs. She got the wickets of Pooja and Deepti.

India Women’s team completed their 9 overs on 50/7. Taniya Bhatia with 8 not out followed by Vastrakar was their top scorer with 10. The opposite team could only figure out to reach 9 overs with 45/5. Hayley top scored with 11 off 14 balls, Chinelle who had 11 from 16 balls. Indian women team best bowler Anuja Patil, taking 2/8 from 2 overs.