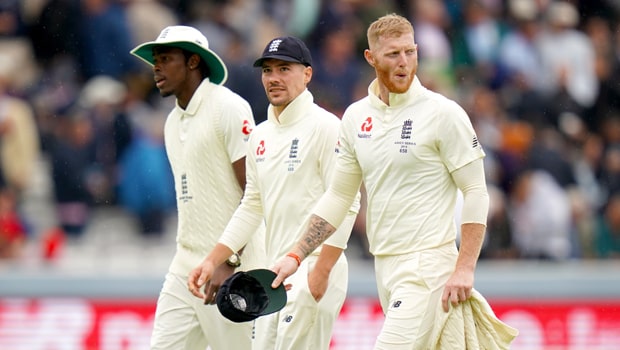 Fast bowler Archer got a contract in both Test and limited-overs cricket, while Test opener Burns earned a Test deal.

Archer plies his trade with Sussex while Burns plays for Surrey.

Kent batsman Joe Denly also got rewarded in the list of contracts for the 2019-20 season with a white-ball deal.

Bowler Liam Plunkett, who was part of the World Cup-winning team, David Willey and Alex Hales lost their respective deals.

Moeen Ali and Adil Rashid could only get white ball deals, losing their all formats contracts, while Jack Leach, who had a successful outing with the team, got a reward of an incremental contract for 2019-20.

In recognition of their performance in the summer, Burns, Denly and Leach were retrospectively given incremental contracts for 2018-19.

Eoin Morgan, who said he is capable of carrying on as limited-overs captain if his troublesome back allows, retains his white-ball contract for the next 12 months.

It could be recalled that Willey and Hales were both left out of the World Cup squad.
Hales, who was suspended in September 2017 according to Guardian over reported failed a recreational drugs test, is yet to play for England since the suspension despite playing some games Nottinghamshire and in the Caribbean Premier League.

In all, England awarded 10 Test contracts and 12 white-ball, with Barbados-born Archer getting his reward for a breakthrough debut international season. There, he finished as England’s leading wicket-taker which helped them win the World Cup in July.

The England and Wales Cricket Board (ECB) usually pay players contracted for Tests or in all formats full salaries.

Those on white-ball contracts currently receive a supplement on top of their county salary – but from 1 February 2020, will be paid in full by the ECB.

All players are ranked based on on-field performance as well as other factors like off-field contribution, fielding and fitness. The rankings correlate with the level of financial remuneration.