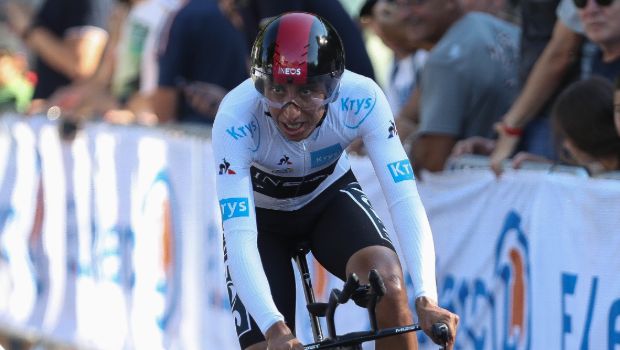 The UAE Tour is scheduled to take place from 20th to 26th February 2022. Egan Bernal and Tadej Pogacar are expected to clash in the first World Tour race of the 2022 season. The Abu Dhabi Sports council confirmed that the first World Tour race of 2022 will take place despite COVID-19 concerns. Though the COVID-19 pandemic has sparked the cancellation of some races, the UAE Tour is on. The seven-day race includes three sprints, a nine-kilometer time trial, and a final mountain stage to the summit of Jebel Hafeet.

Earlier, the 2020 UAE Tour was the first to be hit by the pandemic. Riders and staff from the Groupama-FDJ, Cofidis, Gazprom-RusVelo, and the UAE Team Emirates squad were forced to quarantine after the cancellation of the final stage. The general secretary of Abu Dhabi Sports, Aref Al Awani thanked all competent authorities for their efforts and supervision. Awani welcomed the world’s elite teams and riders, hoping that the UAE Tour will be a gateway to this season.

The UAE Team Emirates will attempt and deliver their best to win their home race for a second year. The Slovenian cyclist Pogacar won the 2021 UAE Tour and this time it is again a major goal for him as he makes his 2022 season debut. Pogacar will take the support from new teammates Joao Almeida and Geroge Bennett.

On the other side, Egan Bernal will lead Ineos Grenadiers in the UAE Tour. Other racers of Grenadiers, Filippo Ganna would target the time trial and Elia Viviani would be keen on the sprints. Tom Dumoulin is expected to lead Jumbo-Visma. Sam Bennett and Aleksandr Vlasov will show off their new colors with Bora-Hansgrohe. Jack Haig will be an overall threat as he leads Bahrain Victorious.

The Colombian cyclist Bernal is expected to make his season debut at the four-day Tour de la Provence before traveling to the UAE Tour. Though Bernal and Pogacar have rarely clashed in major races, their race careers are very prodigious. Bernal won the 2019 Tour de France while he was just 22. But Pogacar then emerged to clinch the 2020 Tour just a day shy of his 22nd birthday, when Bernal suffered from his back injury.

Bernal won the 2021 Giro d’Italia whereas Pogacar secured a second Tour win last summer. The UAE Tour must be the first of a series of battles before the two leaders and their ‘super-teams’ go head-to-head at the Tour de France.