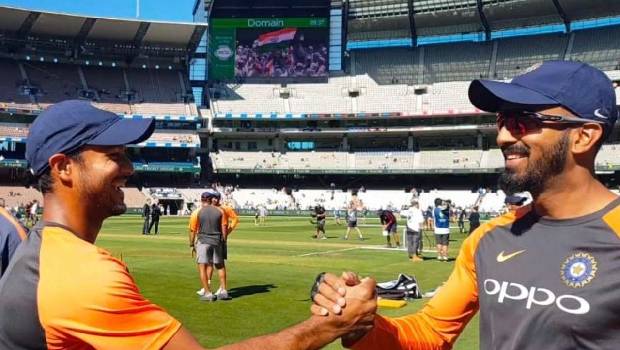 The Board of Control for Cricket in India unveiled the 15 member squad for the historic ICC world test championship against New Zealand starting on June 18 at The Ageas Bowl, Southampton. KL Rahul, Mayank Agarwal, Axar Patel, Washington Sundar, Shardul Thakur have not found the spots out of the 20 men squad, that has traveled to England. Virat Kohli will lead the Indian team while Ajinkya Rahane will serve as the vice-captain.

Shubman Gill and Mohammed Siraj have been added to the squad as they performed extremely well in the Australian tour. This is the one reason; the selectors have chosen Shubman Gill ahead of Mayank Agarwal.

KL Rahul, the wicket-keeper batsman who plays very consistently has missed out as there are two specialist wicket-keepers Wriddhiman Saha and Rishabh Pant in the squad. Rishabh Pant has been in terrific form since the Australia tour, which makes him the first choice.

Axar Patel, who had a successful home series against England, has no place in the squad. Ravindra Jadeja, the world’s best fielder with good batting skills too sealed his spot ahead of Axar. Washington Sundar misses out with India having an ace spinner in Ravichandran Ashwin, who ranks No 2 in ICC test ranking.

India has named the middle-order batsman Hanuma Vihari. His county cricket experience will help him to perform well. It is the bowling combination that India will find hard to choose: whether to play with four pacers or three pacers, as the team has five pacers in the squad. The squad has six batsmen, two wicketkeeper-batsman, two spin bowling all-rounders, and five pacers.