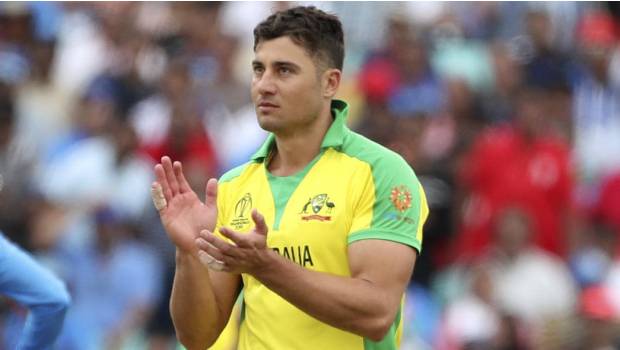 After the batsmen led by Marcus Stoinis, the bowlers rocked RCB and DC won by 59 runs to top the points table on Monday. Delhi scored 196 for four, thanks to an 89-run partnership for the fourth wicket between Marcus Stoinis (53*) and Rishabh Pant (37). Openers Shikhar Dhawan (32) and Prithvi Shaw (42) played a productive inning. Stoinis and Pant’s aggressive batting in the death overs helped Delhi to score 94 runs in the final seven overs.

In response, RCB team could score 137 runs for nine wickets. Kohli top-scored for RCB with 43 runs. Apart from him none of the RCB batsmen even touched the 20-run mark. RCB got off to a poor start to chase the target as the top order of the team was dismissed for fewer runs. After scoring 10 runs Kohli became the first Indian to score 9,000 runs in T20 cricket. The bowlers of the DC put on an all-round show and played an integral part in their team’s victory. Kagiso Rabada took four wickets, Axar Patel scalped two wickets for 18, Enrique Nortje took two wickets and Ravichandran Ashwin got a wicket.

Delhi’s Axar Patel was named ‘Man of the Match’ for his outstanding performance with the ball. Delhi with eight points now top the table. RCB is positioned at third place with 6 points and of all teams, they have the worst NRR of -1.355.

MI VS KKR IPL 2019 : Knight Riders stay alive
BCCI SGM to meet on May 29 to discuss regarding the fate of hosting the T20 World Cup in India