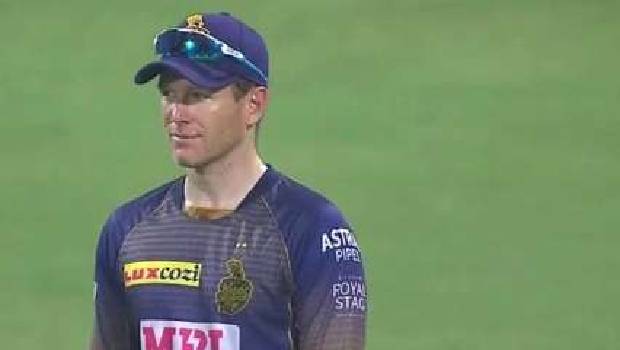 In the 15th match of the IPL 2021, Chennai Super Kings defeated Kolkata night Riders by 18 runs yesterday night. This is Chennai’s third consecutive win in IPL 2021 season. At the same time, this is KKR’s third consecutive defeat. With this win, CSK reached the top of the IPL 2021 points table. In this match played at Mumbai’s Wankhede Stadium, Kolkata Knight Riders skipper Eoin Morgan won the toss and decided to bowl. CSK put a fabulous score of 220 runs for the loss of 3 wickets. Kolkata Knight Riders, chasing the target, were all out for 202 runs in 19.1 overs.

For KKR, Andre Russell scored 54 runs of 22 balls and Pat Cummins scored 66 runs in 23 balls and stayed not out. Asides from other KKR batsmen only Dinesh Karthik contributed to the team’s chase by scoring 40 runs off 24 balls. KKR’s run chase hit a road block right from the start when the team lost 5 wickets within the power play itself. Faf Duplessis with a 95-run knock was the highest scorer for Chennai. Earlier, KKR made 2 changes to their playing eleven while Chennai also made a change by bringing in Lungi.

In the entirety of IPL, 23 matches have been played between CSK and KKR so far. Of these, Chennai has won 15 and KKR has won 8 matches with the former having a success rate of 65.21% against the latter.

From this March, gear up for Indian Premier League 2019
Ravichandran Ashwin eyes a significant milestone in the second Test against Bangladesh
Sri Lanka upset India by 6 wickets in a nail-biting thriller in the Asia Cup