A look at India’s opponents in ICC World Cup 2019: Pakistan 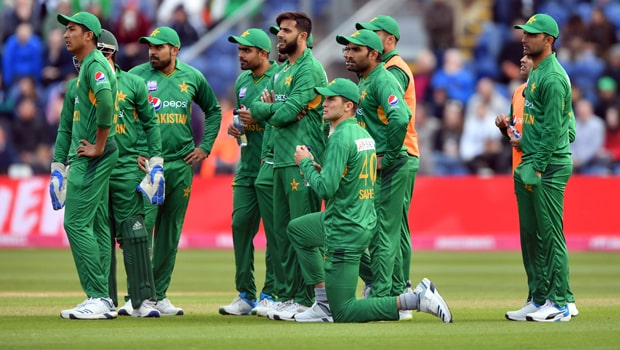 India will be facing arch-rivals Pakistan in their third match of the tourney next month. The ‘Men in Green’ were the winners of the ICC Champions Trophy in England back in 2017. Hence, they would be eager to come up with yet another successful campaign this time around. Let’s have a look at their overall squad and how they stack up against India in this encounter.

Team overview: The team consists of some experienced veterans and a lot of talented young players. This side can be world beaters on their day but are found guilty of not playing to their potential often. Their bowlers are mostly young and so are their batsmen. Only Shoaib Malik, Mohammad Hafeez and Sarfaraz Ahmed are the experienced heads in the team.

India have had the better of Pakistan in ICC tournaments but the Green Brigade can spur up a few surprises, like they did in the final of the ICC Champions Trophy 2017. Their top order of Fakhar Zaman, Imam ul-Haq and Babar Azam have shown terrific form in the recent series against England and they would be eager to maintain that in the tournament ahead.

The pace attack consisting young players like Shaheen Afridi, Hasan Ali and Mohammad Hasnain has a lot of potential. Mohammad Amir and Wahab Riaz will bring some experience with them but they will be fighting for places along with the young players as well. The pitches in England have been cruel to the bowlers in the last couple of years but the Pakistani bowlers could prove to be lethal if they find some swing and seam movement going their way.

The only chink in this team, however, is the lack of a quality all-rounder. While Imad Wasim is there, none of skills are good enough to call him reliable all-rounder. But he still has the capability to get the job done. Shoaib Malik, Mohammad Hafeez and Haris Sohail are three batters who can bowl part time spin. So, it would be interesting to see how they manage their resources.

Threats to India: A dangerous Fakhar Zaman capable of decimating any bowling lineup in the world is a major threat to India. He was the reason why India lost the final of the Champions Trophy back in 2017 and that will be at the back of their minds. Shoaib Malik also holds a good record against India and they will have to do well to get past him as well. Mohammad Amir has troubled India in the past. Although his recent form hasn’t been great, he can tear apart India’s batting order if he finds even a hint of swing going his way.

Predicted outcome: It will require a lot more than just potential to beat India. Whether Pakistan have that in them remains to be seen. Indian players are far more experienced than their Pakistani counterparts. They may have lost once in a crucial encounter due to their own mistakes but India are too good to repeat the same mistakes again. So, an Indian victory is the more probable outcome in this match.