England clinched a hard-fought consolation win to avoid a whitewash 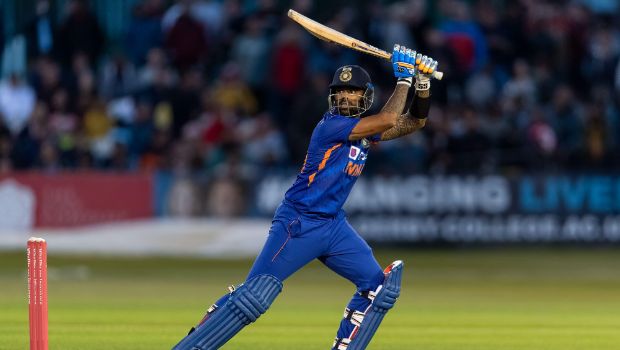 England registered a hard-fought 17 runs victory over India in the final T20I match at Trent Bridge. The hosts managed to clinch a consolation win, despite a brutal century from Suryakumar Yadav. Though India lost the match, they took the series 2-1. Chasing a massive target of 216, men in blue were restricted to 198/9 in 20 overs. England pacer Reece Topley starred with the ball by scalping three wickets.

Having lost the first two T20Is while chasing, England opted to bat first this time. Captain Jos Butler and Jason Roy got their side off to a flyer by scoring 31-runs in 3.4 overs. But India bounced back by picking up three wickets.

However, Dawid Malan led the way for England by scoring 77-runs off just 39-balls at a strike rate of almost 200. Malan received excellent support from Liam Livingstone, who played an unbeaten knock of 42-runs. Late cameos from Harry Brook (19) and Chris Jordan (11) helped the hosts to post a huge total of 215/8.

In reply, India had a shaky start as Topley dismissed Rishabh Pant for just 1-run. Virat Kohli hit two excellent boundaries off Willey but quickly fell for just 11. The visitors looked in huge trouble after their captain Rohit Sharma departed for 11.

However, Suryakumar pulled back things with an outstanding knock of 117 from just 55-balls. He dominated the hosts with a brilliant 119-run partnership with Shreyas Iyer (28). But Moeen Ali bagged Suryakumar in the penultimate over and Jordan wrapped up things with a good final over.