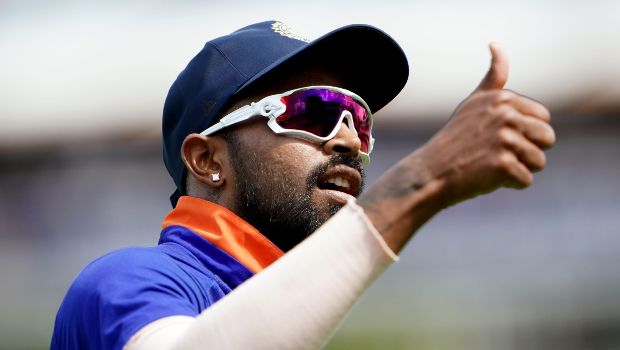 Hardik Pandya produced a stellar all-round performance and used his skills wisely to help India clinch a memorable win over Pakistan in their Asia Cup opener. With the ball, Pandya bagged three wickets. Later on, he smashed a dazzling unbeaten 33, showing his high value under extreme pressure. India captain Rohit Sharma feels Pandya has come back with a better understanding of his game.

Rohit believes Pandya is a player, who now knows what he needs to do in specific situations. India skipper said that Pandya figured out what he wanted to do to his fitness regime, and now he is clocking 140+ easily. Rohit stated that Pandya’s batting is been brilliant since his comeback.

Rohit added Pandya is a lot calmer now and more confident about what he wants to do, whether it is with the bat or with the ball. Rohit concluded that the all-rounder can bowl really quick and he proved that with the short balls against Pakistan batters. In a high-pressure chase, Pandya never showed any sign of panic, remained calm, and finished it in style.

Pandya staged a perfect chase for India, which had MS Dhoni’s strategy written all over it, assessing the bowlers and the situations, taking the game deep, and making the most of one mistake Pakistan made. Pandya stated that staying calmer is helping him to execute all his plans in batting. The best T20 all-rounder revealed that he has seen Dhoni pull off such things many times and only tried to imitate the same.

Ind vs WI ODI India’s Squad to be announced On November 21
A Bit like The Ashes": Tim Paine Hypes Up India-Australia Rivalry
Statements by Virat Kohli were shocking, says former selector Sarandeep Singh