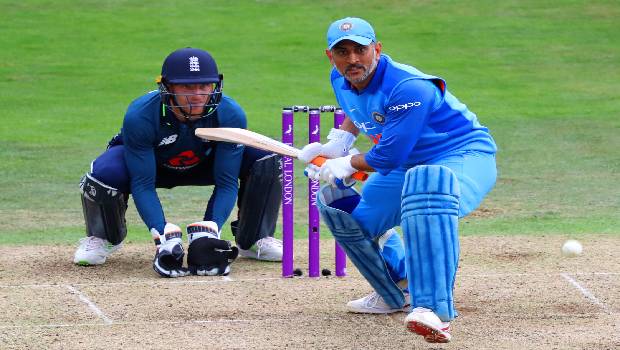 Chennai Super Kings beat Sunrisers Hyderabad by six wickets at the Sharjah Cricket Stadium. Despite a late wobble in the middle overs, Ambati Rayudu and skipper MS Dhoni reached the target in the final over. CSK remained at the top spot and became the first team to qualify for the play-offs after a decent win against SRH.

After being put in to bat first, SRH had a bad start as Jason Roy lost his wicket to Josh Hazlewood in the fourth over. Meanwhile, Wriddhiman Saha counter-attacked and helped his team to reach 41 runs in six overs. Dwayne Bravo put SRH again on the back-foot by dismissing Kane Williamson. CSK bowlers took Wickets at regular intervals as SRH lost Priyam Garg and Saha within ten balls.

Hazlewood came back and picked two more wickets in the same over to restrict SRH to a below-par score. Rashid Khan contributed 17 runs at the end and helped SRH to finish 134/7 in 20 overs. While Hazlewood picked up three, Bravo finished with two wickets.

Chasing a target of 135, Ruturaj Gaikwad and Faf Du Plessis gave a steady start to CSK. They stood for a 75-run partnership for the first wicket. Jason Holder gave the breakthrough by dismissing Gaikwad for 45. Things turned for CSK when Rashid Khan clean bowled Moeen Ali in the 15th over.

Jason Holder removed the set batsman Du Plessis and also dismissed Suresh Raina in the same over to bring SRH back in the contest. CSK scored just 10 runs in the next three overs. However, Captain Cool kept himself calm and finished off in style with a six.