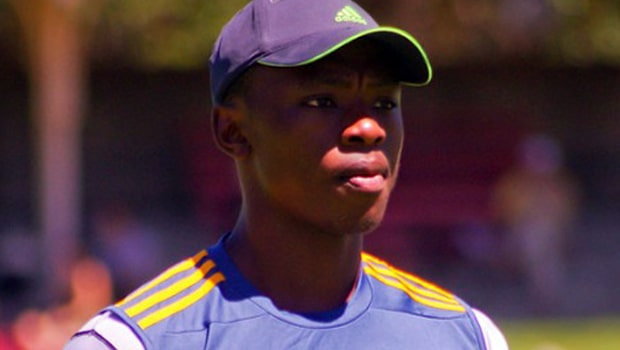 By the time Kagiso Rabada got ruled out of the Indian T20 League with a back niggle, Delhi had already qualified for the playoffs. He played 12 games at a stretch racking up 25 wickets at a scintillating average and strike-rate of 14.72 and 11.28 respectively. His overall economy rate stood at an acceptable 7.82 as well. These are exceptional figures for a bowler in a format dominated totally by batsmen.

Moreover, the most fascinating part about his bowling exploits this season has been his performance in the death overs. 19 of his total tally of 25 wickets came between overs 15 and 20. He struck at an interval of every 7 deliveries approximately, conceding around 11 runs on average. 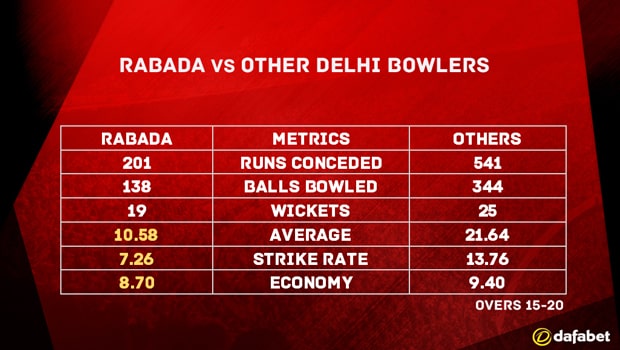 However, how they have performed without him is going to be a different proposition. In the recent match against Chennai, which was also the first match they played without Rabada this season, Delhi conceded 77 runs in the last five overs picking up only a solitary wicket. Chris Morris, Trent Boult and Axar Patel were totally thrashed in those last five overs. Delhi went on to lose the match by 80 runs and their performance in those final overs had a lot to do with their batting collapse of 99 runs on a tricky Chepauk track. 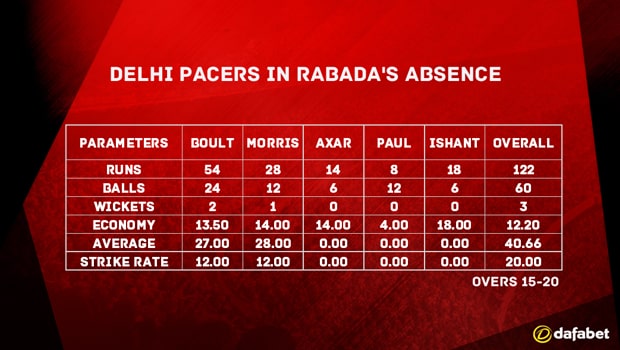 They should have wrapped things up quickly in their last league game against Rajasthan too. They had reduced them to 70/7 by the end of the 15th over and they were bowling to tail-enders with a 17-year old Riyan Parag being the only recognized batsman at the other end. But they still ended up conceding 45 runs in those last five overs. Although Delhi’s easy chase of 116 masked the poor performance of the bowlers in the death once again, this is an area of concern for them with the eliminator against Hyderabad coming up. They are likely to pay big time if they leave this problem unaddressed going into such a crucial encounter.