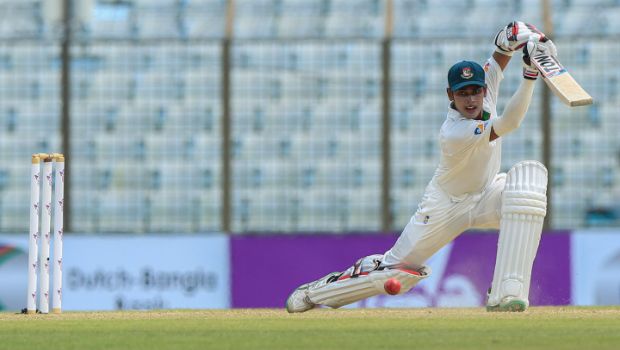 Sri Lanka captain Dasun Shanaka recently commented that Afghanistan is a more difficult opposition than Bangladesh, an easier opponent to beat. Bangladesh all-rounder Mehiady Hasan responded to Shanaka’s comment, saying the former finalists will look to respond to the statement on the field. Bangladesh will open its Asia Cup campaign against Afghanistan on Tuesday, August 30 in a Group-B encounter. The Tigers will take on Sri Lanka in their final league-stage match on September 1.

Sri Lankan skipper Shanaka’s comments about the Bangladesh team came after his side faced a humiliating defeat at the hands of Afghanistan on Saturday. Shanaka’s comments have been labeled as mind games as the Lankans hope to put behind the defeat and progress to the Super Four stage.

Afghanistan hammered Sri Lanka in the opener, bowling out them for 105. Left-arm seamer Fazalhaq Farroqi jolted them, picking up 3 wickets.
The spin trio of Mujeeb Ur Rahman, Rashid Khan, and Mohammad Nabi picked up 4 wickets between them, giving away just 50 runs in 12 overs.

Responding to Shanaka’s comments, Bangladesh all-rounder Mehedy Hasan said his team would like to respond to Shanaka’s claim on the field.

Hasan stated that he does want to make a comment that this team is good and the other team is bad. He believes good and bad are proved in the field. A good team can lose if they play badly on that specific day and similarly a bad team can win if they play a good game of cricket.

Bangladesh all-rounder said his side will meet the Lankans on the field and at end of the day, the good team will win the match. Hasan feels that if Bangladesh plays well certainly everyone will know who is a good team and who is a bad team so instead of predicting before he thinks it is important to play well and prove on the field.

It would be a big test for Bangladesh men as they are heading into the Asia Cup after having won only 2 out of their 13 matches since the T20 World Cup last year.

RP Singh, 32 the Indian fast bowler, retires
Punjab wins against Mumbai in second Super Over
Gautam Gambhir: Rahul Dravid did not get enough credits for his captaincy