Dan Evans sets up Roger Federer at US Open 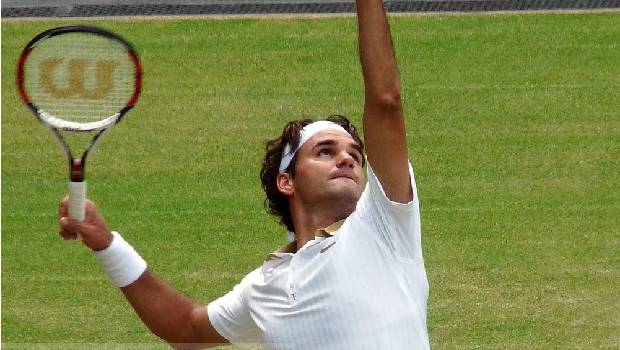 Dan Evans sets up Roger Federer at US Open after beating Lucas Pouille on in New York.

Evans has flirted with grand deeds in New York before and, after beating the out-of-sorts Frenchman, Lucas Pouille, in four sets on Thursday, he enters the third round of the US Open with a renewed sense of purpose.

Evans took out Lucas Pouille at the US Open to set up a third round match with Roger Federer. The British No 2 capitalised on his French opponent’s sloppy form.

He will now get a third chance at beating the legendary Swiss maestro at a Grand Slam, having dropped both his encounters previously. After a straight sets win at Wimbledon in 2016, Federer ousted Evans at the Australian Open this year, but required two tie breaks before coming home in straight sets.

Konta marched into the third round, racing past Margarita Gasparyan in a mere 54 minutes. Konta was red hot with 24 winners leaving the unseeded Russian helpless and failing to register a game in the second set, going down 6-1, 6-0.

That season, when off-court turmoil was as likely to unseat him as a forehand, Evans played quite brilliantly after coming through qualifying. He beat Kei Nishikori and a still-dangerous Bernard Tomic before coming desperately close to getting past the experienced Tommy Robredo, who was making an impressive comeback. Robredo had a far bigger win in the next round: over Federer. That could have been Evans’s night in the Garden.

Similarly, in 2016 Evans found form at the right time but did not cash in. After beating Rajeev Ram and Alexander Zverev he had the world No 3 Stan Wawrinka at his mercy when he mis-hit a smash at match point in the fourth-set tie-break. He then failed to hold off the Swiss in the fifth set and Wawrinka went on to beat Novak Djokovic in the final. Evans played Federer for the second time in the second round of the Australian Open this year.

Federer said after beating Damir Dzumhur in four sets under the Arthur Ashe roof on the rain-wrecked Wednesday, I know Danny well. He came to Switzerland to train with me. He plays really well on the fast courts. I’ll be ready. Happy to be in the third round.