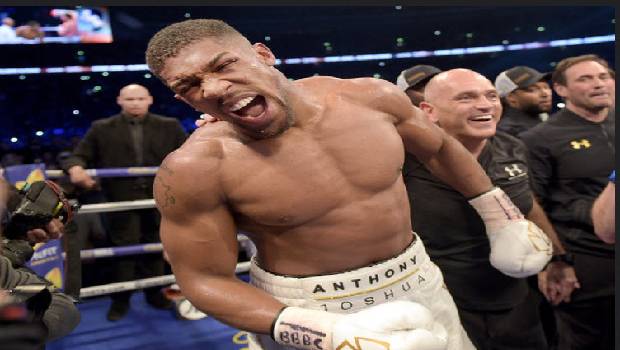 It’s going to be absolutely huge. The whole world will stop to watch this fight. The first stop on the tour is the Saudi capital Riyadh on Wednesday before a press conference in New York on Thursday and a final event in Joshua’s home town of London on Friday.

He has since agreed a deal to face Ruiz in an immediate rematch on 7 December in Diriyah, Saudi and is expected to bank a career-high payday as a result of his decision to box in the desert kingdom.

Joshua will come face-to-face with Ruiz for the first time since his defeat next week when the pair take part in a three-continent press tour to promote the fight.

Joshua lost his WBA, WBO and IBF world heavyweight titles in one of the most high-profile shocks of the generation when unheralded Andy Ruiz Jr stopped him inside seven unforgettable rounds at New York’s Madison Square Garden on 1 June.

But during an interview with Sky Sports, Joshua admitted that he has lost a bit of passion for the sport and has been left feeling jaded after failing to secure fights with either of the world’s two other leading heavyweights, Deontay Wilder and Tyson Fury.

Now his promoter Hearn, the man behind the fight in Saudi, says his client must stop feeling sorry for himself as he bids to regain his world titles and get his career back on track.

I think he’s just got to snap out of it, said Hearn. I think he was disillusioned with the sport because he wanted to fight Deontay Wilder. He couldn’t get that fight and as he said in the interview, he didn’t really want to fight Andy Ruiz. But tough, you fought him and you fought a real hungry guy.

I think the great thing about this promotion is that now, for the first time next week, he looks a man in the eyes who is the only man to beat him as a professional.

Hearn believes there will be a very different atmosphere during the build-up to this encounter compared to the first fight in June, when Joshua drew criticism for allowing Ruiz to pose with his world championship belts at the final press conference. That’s what Campbell needs that moment of brilliance to beat this guy.