Top five players to look out for at Ultimate Table Tennis 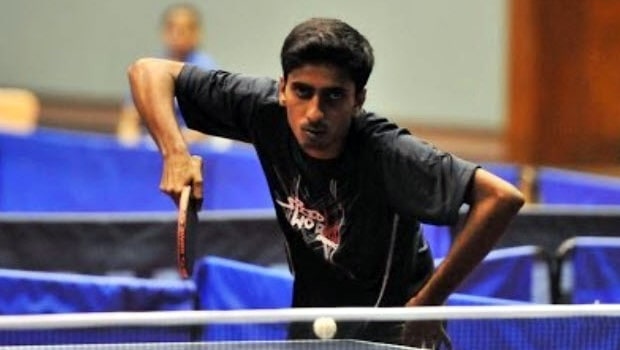 The table tennis carnival is returning to India for a third edition with the Ultimate Table Tennis season set to commence on Thursday, the 25th of July. The Dabang Delhi Table Tennis Club would be keen to defend their crown with all the games this season being played at the Thyagaraj Sports Complex. With the player drafts being completed last month, most teams look strong and competitive, having picked up some of the best in the business. Here are the top five players to look out for in Season 3 of UTT.

The top ranked female competitor in UTT this year, Cheng I-Ching was the first pick at the 2019 Player Draft as she was roped in by the Goa Challengers. The paddler from Chinese Taipei may be playing her first season at UTT, but she is incredibly experienced on the world stage and has previously won a silver and a bronze in the Table Tennis World Cup in 2016 and 2017 respectively. Ching holds the key for the Challengers if they are to get their first ever title this year.

Sathiyan was the only retained player from Season 2; and will continue plying his trade for the Dabang Delhi Table Tennis Club. He is the highest ranked Indian at the tournament and was the winner of the ITTF Challenge Series in Belgium in 2017. He was also the best ranked Indian male player in the previous season, having won ten of his games in the 2018 season.

Since the past couple of years, Manika Batra has been a revelation in the Indian table tennis circuit with several podium finishes in International competitions. Batra is the top ranked Indian female paddler to compete in UTT this year and already has five gold medals to her name even before her 24th birthday. She won a medal in every category she competed in at the 2018 Commonwealth Games in Australia, showing her versatility as an individual as well as team player. Batra would be one of the main players for her UTT side, the RP-SG Mavericks Kolkata.

The Romanian paddler was in spectacular form in her debut UTT season in 2018, winning a whooping 13 games. Szocs is currently the top seeded player in the European Table Tennis Union and has made a name for herself for her lethal smash and service points, something Dabang Delhi would be banking on in their aim to defend their title.

She may be only 22 years old, but Hong Kong native Doo Hoi Kem has already set the table tennis world alight with some spectacular performances. More prolific as a team player, she won bronze medals at the 2017 World Championships in Dusseldorf for mixed doubles and again last year at Halmstad in the team event. Kem was picked in the very first round of the draft by U Mumba Table Tennis after having a great showing in the second season where she clinched 171 points.