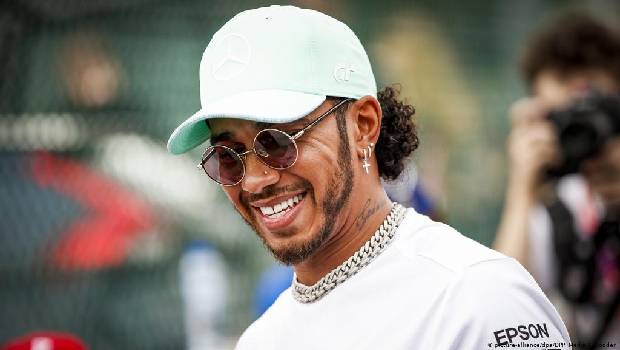 Hamilton took a dominant victory for Mercedes at the Circuit de Barcelona-Catalunya on Sunday to extend his lead at the top of the F1 drivers’ championship to 37 points. The result marked the 88th win of his F1 career, leaving him just three victories shy of Schumacher’s record tally of 91 victories. But after matching Schumacher’s long-standing record of 155 podium finishes at Silverstone one week earlier, the result in Spain saw Hamilton move clear onto 156 podiums. Schumacher had been F1’s podium record-holder since the 2002 British Grand Prix when he surpassed Alain Prost’s previous benchmark of 106 rostrums.

After the race when asked about breaking Schumacher’s podium record Hamilton said he felt it to be very strange to break a record that was set by Schumacher since he had grown watching the legend drive and admired him from the beginning of his career. An amused Hamilton also added that this was something far beyond what he dreamed of as a young kid. Hamilton said that he was very humbled and honored to be part of this and for people to his name being spoken alongside some of the legends of Formula F1. He concluded by saying as he thanked and hoped this win had made his family proud.

Sergio Perez returned back to his Racing Point after missing two races with coronavirus, was fourth ahead of his team-mate Lance Stroll and Carlos Sainz of McLaren. The four-time world champion Sebastian Vettel, in his final season with Ferrari finished seventh ahead of Red Bull’s Alex Albon. The Spanish Grand Prix result saw Vettel’s second-best finish of this season to date. The German’s best result came in Hungary the previous month as he finished at sixth. Vettel as had a difficult season so far and is unable to move up the driver’s ranking. It is rumored that he will be joining the Aston Martin team next season. Vettel has often said about his struggles with the new Ferrari SF1000 car. His fellow Ferrari teammate Charles Leclerc who has so far had a better season among the two had to retire from the middle of the race due to an engine failure. The drivers will next compete in the Belgian Grand Prix on August 30 after a much-needed two-week break from this tightly scheduled calendar.