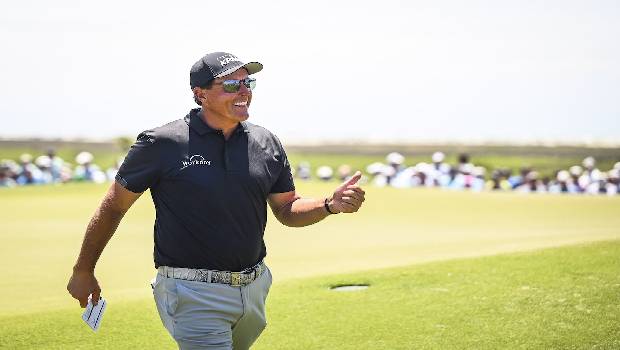 At Kiawah Island, where Phil Mickelson walked in front of thousands of euphoric fans seeking a piece of history he created in the PGA Championship, pandemonium closed in around him. While Mickelson’s 30-year theatrical career has been filled with thrills and spills, his latest work set him apart from the rest.

It was a bit scary when Mickelson emerged from the masses to flash a thumbs-up on the final walk toward a two-shot victory that was the most stressful part of it in the final hour.

It never occurred to Mitchell that he would win again, not even a major. There wasn’t much proof until he had a remarkable four-day stretch on Kiawah Island where he stayed calm and fired all the right shots for his sixth major, and by far the most stunning.

Two early birdies with his legendary wedge game helped him get ready for a series of challenges that, in a shifting wind off the Atlantic, will not be able to distance him.

Mikkelson beat Brooks Koepka and Louis Oosthuizen by two strokes with a 1-over 73 in the final round.

Mickelson said the moment would be one he would cherish for the rest of his life. When you accomplish something of this magnitude at a time when very few people thought you could, you feel a sense of accomplishment and fulfillment that I cannot describe.”

Not that it matters that he hadn’t won in nearly two years, hadn’t completed a top 20 since last November, and last won a major in 2013 at the British Open.

Mickelson spoke about being overcome by the belief that this was possible, despite all the evidence pointing to it not being possible.