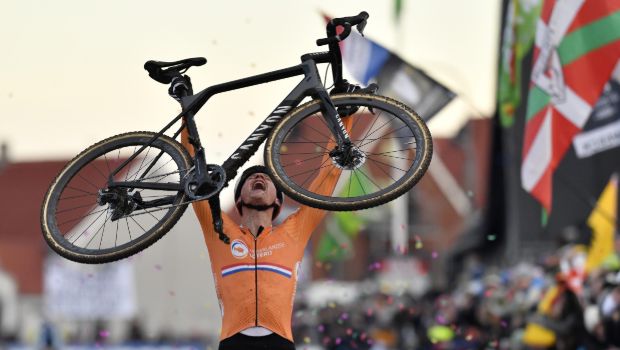 Mathieu van der Poel is back on his bike after a long injury lay-off. The Dutchman completed three indoor rides and three outdoors in recent days as he is recovering from a back injury. The Dutch cyclist is not training hard as an elite rider, but he has consistently increased the distances over the past week. Mathieu van der Poel was seen in a race against time to get fit for the Classics.

Mathieu Van der Poel has been trying regularly to overcome the back injury that troubled him for the past 6 or 7 months. The injury had wiped out his cyclo-cross campaign this winter. He was diagnosed with swelling on an intervertebral disc. His medical team advised that only complete rest would give a chance to heal or recover completely.

After pulling out from the Cyclo-cross Worlds, van der Poel decided to take an undefined period of rest. He rested himself for almost a month without any rides. The Dutchman took his bike and started to train for three consecutive days from 29th January.

Van der Poel, who is a part of Alpecin–Fenix Pro team, completed a ride of 19.5 km on Zwift. He doubled the distance on the following day, and then finished it with a ride of 27 km on 31st January. The same day when Tom Pidcock claimed the cyclo-cross world title.

The Dutchman racer then took a day off and grabbed his bike to head for the open road. He rode for two hours, from his home outside Antwerp to the Alpecin-Fenix service course, and then back again to home. He clocked up 64 km in the rain at an average speed of 33km/h. The next day, van der Poel was completing a 75 km loop alongside Zdenek Stybar (QuickStep-AlphaVinyl), at an average speed of 31.6km/h.

Three days before, the Dutch cyclist went for his longest ride of the year. He almost covered 99.8 km on a flat trip, averaging 31.5 km/h with a power output of 229 watts. However, any resurgence of pain could set him back again.

Though the ‘Opening Weekend’ of the Classics takes place at the end of February, it will come too soon for Van der Poel. The Strade Bianche race which the Dutchman won last year will be held in early March. He is riding against time to get back to top form for the main Classics period, including Milan-San Remo on 18th March and then the Flemish races.