Wimbledon 2022: Serena Williams crashed out after a 3-hour battle 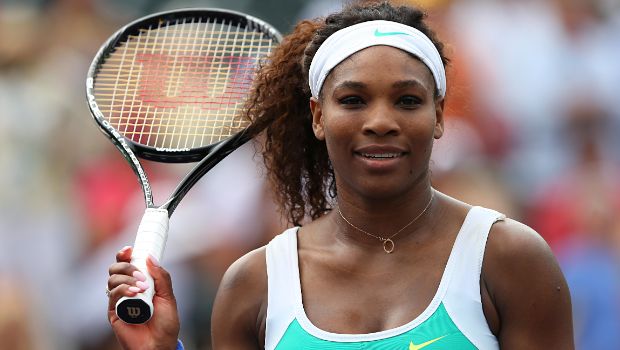 Seven-time Wimbledon champion Serena Williams suffered a shock first-round defeat at the hands of Frenchwoman Harmony Tan. Serena Williams made her way out of the center court with a smile on her face despite losing her comeback match at Wimbledon 2022. Williams was unable to screw up her old magic and went down to the little-known world no.115 Tan. Serena Williams gave her best and showcased all her skills in a valiant battle that lasted for a staggering 3 hours and 10 minutes.

It was not the ideal comeback for the 23-time Grand Slam champion, who stepped out on the court to play singles for the first time after retiring during her first-round match at Wimbledon last year due to an injury. Williams never kept it easy and went down fighting against Tan 5-7, 6-1, 6-7 (7). Though Williams lost the match, she brought joy to the millions of her fans who had tuned in to watch her in whites again.

Cheered on by a hugely supportive crowd, Williams looked like she might get over the finish line after coming from a set down and then saving a match point in the 12th game of the decider. But instead, Williams suffered her third first-round loss at a grand slam, as she failed to keep her nerves in a deciding tie-breaker.

The 40-year-old American recovered from a very shaky start and kept fighting to take a 4-2 lead in the opening set. But Williams’ 21 unforced errors proved her downfall. After losing the opening set, Williams bounced back and decimated Tan in style in the second set. She went on to save a match point in the decider and forced a tie-breaker. Williams had the upper hand 4-0 in the tie-breaker, but failed to continue with the momentum and eventually lost in the end.

On the other side, it was a brilliant night for Tan, who made her Wimbledon debut. The 24-year-old Frenchwoman was playing only the 4th grass-court tournament in her career. She kept the battle hard from the start and brought down Williams, who featured in her 21st Wimbledon. Tan celebrated one of the best moments of her career.

Earlier in the day, World No.1 Iga Swiatek went into the record books in style as she won her 36th match in a row with a dominant victory over Jana Fett. Swiatek defeated the Croatian in straight sets 6-0, 6-3. The two-time French Open champion has the longest winning streak of the 21st century, overtaking Venus Willams’ record in 2000.