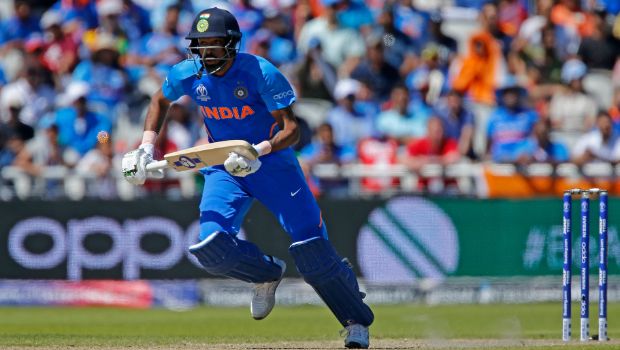 India won the second T20I against Ireland by four runs to seal the series 2-0. India defended a massive 226-run target in a match that went down to the wire. Though Ireland put up a spirited fight, India’s pace sensation Umran Malik kept his nerve and defended 12-runs off the last four balls. Ireland was powered in the chase by Paul Stirling, skipper Andrew Balbernie, and Harry Tector. But Indian bowlers kept their calm and helped Hardik Pandya win his first series as captain.

Batting first, Sanju Samson and Deepak Hooda gave India an excellent start. Hooda was at his scintillating best and smashed his maiden T20I century. Samson supported him well by scoring 77-runs. Samson hit his maiden T20I half-century in his comeback match. Hooda blasted the Irish bowlers all around the park in his 104-run knock and set the platform for India to reach a massive total.

However, the Irish bowlers bounced back in the last three overs to stop India’s high-scoring rate. Dinesh Karthik, Axar Patel, and Harshal Patel, all went back for a golden duck. India managed to pile up a gigantic 225/7 in 20 overs.

In response, Stirling and Balbirnie made a bright start by adding 72-runs for the opening wicket before the former was cleaned up by Ravi Bishnoi on 40. Harshal then dismissed Balbirnie on 60. Bhuvneshwar Kumar scalped the important wicket of Tector on 39. George Dockrell (34) and Mark Adair (23) kept the hunt until the final ball of the match. But they finished at 221/5 and fell short by four runs.