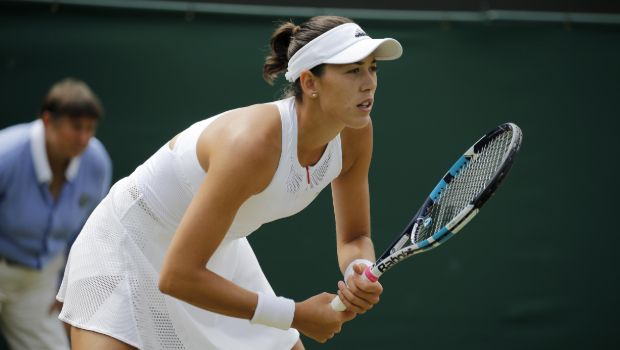 Garbine Muguruza defeated Anett Kontaveit 6-3, 7-5 to claim her first WTA Finals title. Garbine Mugurua became the first-ever Spanish player to win the year-ending championship match in straight sets at the Akron WTA finals. The Spanish star defeated No.6 seed Kontaveit to capture her third title of this year. Muguruza became the oldest champion at the age of 28 since Serena Williams in 2014.
She finished the season at No. 3 in the rankings after a dominating win.

Muguruza made her fourth appearance at the season-ending finals and played her first championship match. The Spaniard delivered her best performance since 2017 when she was ranked No.1. Garbine Muguruza was brilliant and played excellently to win her 10th career WTA singles title. The new WTA Finals champion won titles in Monterrey in 2018 and 2019. Muguruza’s past successes drove her to qualify for the WTA Finals.

Muguruza was the only player to defeat Kontaveit twice within the last month. It was a tough final as Kontaveit and Muguruza rank first and second in hard-court wins this season with 39 and 35. Muguruza won nearly 70 percent of her first-serve points across the entire match. While Muguruza claimed 60 percent of points off of the Estonian’s second delivery, Kontaveit won just 38 percent on Muguruza’s second-service points.

Playing in the biggest championship match, Kontaveit had a hard first set but regained her momentum and composure in the second set. She converted on a breakpoint in the seventh game, but she failed to retain the momentum. The two-time Grand Slam winner Muguruza refused to give up and fired off a mighty forehand winner in the 10th game to level the scores in the second set. The Spaniard played clean and crisp overall, with 14 fewer unforced errors than the Estonian.

The pair exchanged breaks early in a tensed opening set. Muguruza took a 4-3 lead after Kontaveit dropped a backhand into the net. Muguruza eased through from there and won the last four games to seal the first set. The Estonian lost her serve five times to Muguruza.

Kontaveit grabbed an early lead in the second set as Muguruza made mistakes from the forehand side. Kontaveit carried on and used her powerful play to build a 5-3 lead. However, Muguruza pulled back to level at 5-5. The Estonian made a break in the ninth game, but Muguruza broke her next two serves to seal a win.

Earlier in the day, Barbora Krejcikova and Katerina Siniakova defeated Hsieh Su-Wei and Elise Mertens in straight sets 6-3, 6-4 to win the doubles title at WTA Finals. The Czech pair Krejcikova, and Siniakova won at Roland Garros, Madrid, and the 2021 Tokyo Olympics.