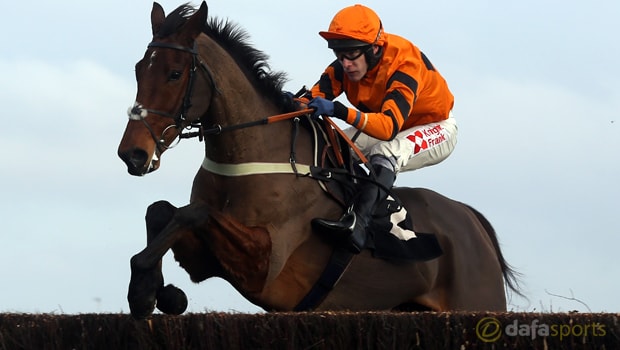 Trainer Colin Tizzard has admitted Thistlecrack may have struggled to handle the soft ground after losing on Saturday.

The nine-year-old went into the BetBright Trial Cotswold Chase as the heavy favourite after winning nine races in a row from the end of 2015.

However, he was pipped on the line by the brave Many Clouds who sadly passed away just after crossing the finishing line.

The duo had too much for the likes of Smad Place, Silviniaco Conti and Kylemore Lough but Thistlecrack seemed to struggle at times at Cheltenham.

A number of sloppy errors over fences raised eyebrows and he has now been pushed out to 2.75 to win the Gold Cup at the 2017 Cheltenham Festival in March.

Tizzard admits the bay gelding was “absolutely fine” after Saturday’s race and he is confident of Gold Cup glory, but he concedes the ground last weekend played its part.

He told the Telegraph: “He ran his race. “I don’t want to detract from Many Clouds because when that [his death’ was announced it was a huge downer.

“But, with hindsight, Thistlecrack might be better on spring ground. We’ve all seen what he did on better ground at Kempton [King George VI Chase].

“He got there to win it [at Cheltenham] but was outstayed up the hill.”

Thistlecrack’s slip will have given hope to other trainers with the likes of Native Rivers, Djakadam, Cue Card and Outlander all fancied to push him at Prestbury Park.