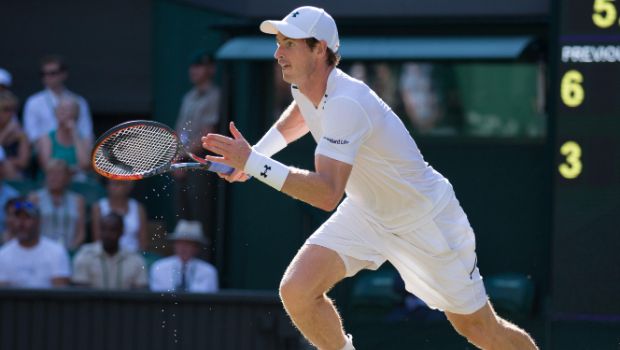 British tennis star Andy Murray suffered his earliest Wimbledon exit as he lost against American John Isner in the second round. Former world no.1 Murray crashed out of the Wimbledon 2022 after losing 4-6, 6-7 (4-7), 7-6 (7-3), 4-6 to the big-serving Isner. Two-time champion Murray secured the third set to keep the hopes alive but failed to grab the momentum to stay in the contest. For the first time ever, Murray had failed to reach the third round at SW19. Earlier, he went beyond that in his previous 12 attempts.

Isner, a 2018 semi-finalist, fired a staggering 38 aces to register a remarkable victory on Centre Court. The American will be up against Jannik Sinner of Italy in the next round. The 20-year-old 10th seed Italian held his nerve to surpass Mikael Ymer in a hard-fought four-set battle 6-4, 6-3, 5-7, 6-2.

The 37-year-old Isner executed his trademark big-serving game to perfection to clinch an impressive win. Murray was knocked out just hours after British no.1 Emma Raducanu lost to Caroline Garcia on the same court.

Murray came into this game after winning a closely-fought match against James Duckworth. But the scenario was not the same against Isner as Murray failed to deliver his very best. The big-hitting American put Murray under immense pressure by securing the first two sets.
In the third set, Murray took control over Isner for quite a while and took the game to the tie-breaker where he triumphed over the American. However, the 35-year-old British player failed to continue with his rhythm and found himself on the back foot in the fourth set. This time around, Isner played cleverly and never allowed his opponent to get a foothold back in the match.

Isner produced several powerful aces which troubled Murray a lot and turned out to be a crucial factor in the context of the game. The American also managed to convert two out of three break points against the three-time Grand Slam winner. Finally, Isner closed it out as Murray produced a couple of unwanted errors.

Earlier in the day, US Open champion Raducanu was knocked out by Garcia in a 6-3, 6-3 defeat. Hopes remained high on the British teenager as she returned to Centre Court for a second time. But the Frenchwoman emerged victorious in straight sets as she outplayed Raducanu with her clean power-hitting. Raducanu has not won successive matches at a Grand Slam since her memorable triumph at the 2021 US Open.