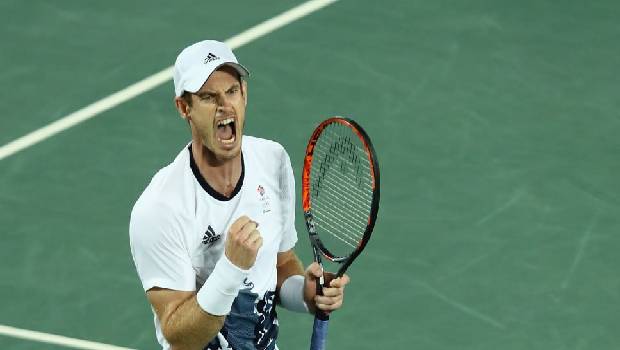 The British pair was upfront in the match, by a set and a break but suffered a sudden collapse as the Croatians triumphed in a deciding tie-break to win the game. Andy Murray, a two-time Olympic gold medal winner, and partner Joe Salisbury lost 6-4, 6(7/2), 7-10 to the Croatian duo. The British pair had raised more expectations among the fans with their performances.

The British pair took a point to make it 5-2 but Cilic and Dodig stepped up equally to their opponent’s level, broke the serve from Murray and persuaded in the tie-break. The Croatian’s are now guaranteed to play for a medal in the Men’s doubles event. A huge disappointment was clearly seen in the faces of Murray and Salisbury.

Defending champion Andy Murray pulled himself out of the Men’s singles event due to a muscle strain injury. Doctors advised Murray to protect his physical fitness and urged him to participate only in the men’s doubles event.

Andy Murray made a right choice by partnering with Salisbury, who ranks no. 9 in the World’s doubles player. Murray and Salisbury paired for the first time to play in a competitive doubles match. Great Britain team proved that their decision was right by winning consecutive matches. The British duo defeated the German pair Kevin Krawietz and Tim Putz in straight sets 6-2, 7-6.

After the match, Salisbury said that it is very tough to accept the defeat as his team was in a commanding position and led the Croatians. Andy Murray said that he does not know whether there will be any opportunity to play again for a fifth time in the 2024 Paris Olympics. Murray added that he always loves every minute of playing in the Olympics.

Murray is the only tennis player to win two gold medals in a row, one in the 2012 London and the other in the 2016 Rio Games. Murray also has a silver medal in the mixed doubles with Laura Robson. Murray has time to recover from the injury and hopefully be fit to play in the US Open, starting on 30th August.

New York Yankees on the road to redemption after a poor season start
Athletics: Tokyo favorite Bromell cruises to Diamond League 100m win
Wimbledon 2019: What can India expect from this marquee event?