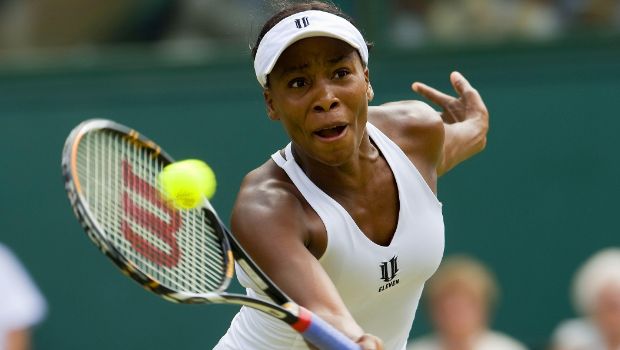 Serena Williams is playing good tennis to win a title in her comeback event. Former World no.1 Serena Williams kept her return to the Hologic WTA Tour rolling, as she moved into the semifinals of the women’s doubles by partnering with Ons Jabeur. Serena Williams and Ons Jabeur dominated from the start to earn a 6-2, 6-4 quarterfinal win over Shuko Aoyama and Chan Hao-ching in the Rothesay International doubles draw.

23-time Grand Slam singles champion Serena, who is playing her first tournament since suffering an injury at the 2021 Wimbledon, has found a winning combination with singles World No.3 Jabeur. Ahead of playing in the singles at Wimbledon next week, the 40-year-old American star is regaining some sharpness in her play.

Fans witnessed a vintage Serena Williams when she played back-to-back pick-up shots off her toes early in the first set. The crowd was on their feet and cheered Serena after she delivered three straight aces on break points in the second game of the second set. 14-time Grand Slam doubles champion was increasingly impressive with her serves. On the five break points she faced, Serena sent down four aces and one unreturnable serve.

Serena’s performance looked more solid and confident than Tuesday when she and her pair needed to win a tiebreaker to advance further. The Serena-led duo started much quicker against Aoyama and Chan and secured the first set in 25 minutes. They won the first set without facing any breakpoints.

But Serena and Jabeur were tested much more in the second set. Aoyama and Chan went 0-for-9 on break points in that set. But Serena erased four of those opportunities with her power-packed aces. The American ace served out and registered a comprehensive win in just 65 minutes. Serena and Jabeur really played together much better than in their previous matches. Jabeur is learning from the best how to serve much better.

Serena and Jabeur will be up against Aleksandra Krunic and Magda Linette in the semifinals. Unseeded Krunic and Linette took just 57 minutes to upset No.2 seeds Gabriela Dabrowski and Giuliana Olmos 6-1, 6-3 in their quarterfinal clash.

In women’s singles play, defending champion Jelena Ostapenko reached the quarterfinals after Madison Keys retired from the match due to an abdominal injury. Ostapenko sealed the first set 6-3 when Keys stopped the encounter due to her illness. Other players who reached the last eight were two-time Wimbledon champion Petra Kvitova, Beatriz Haddad Maia, and Camila Giorgi.

ಸೆರೆನಾ ವಿಲಿಯಮ್ಸ್ ಸಾಧನೆಗಳು
2021-the year that Belgium hockey team aims to achieve international excellence
No handshakes, only Namaste at All England: PV Sindhu